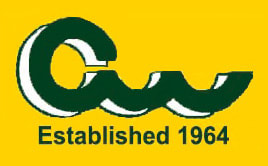 These breeders have had American Quarter Horses longer than Canada has had the maple leaf on its flag.

By Richard Chamberlain for The American Quarter Horse Journal

Janice and Risty Schmidt are retired teachers in Ontario who have had American Quarter Horses longer than Canada has had the maple leaf on its flag.

“I’ve had Quarter Horses since 1964,” Risty says. “In those days, we’d show halter in the morning and reining and pleasure in the afternoon – with the same horses! Jan and I were partners in horses even before we married. We built our barn and our house –in that order – and started to collect the best mares we could afford.”

The Schmidts have two farms near Petersburg, Ontario. Coolwater Ranch, a 56-acre show and breeding operation, has between 15 and 25 horses at any given time, including two stallions that they no longer stand to the public. CW Highpoint is a full-service boarding facility on 100 acres. 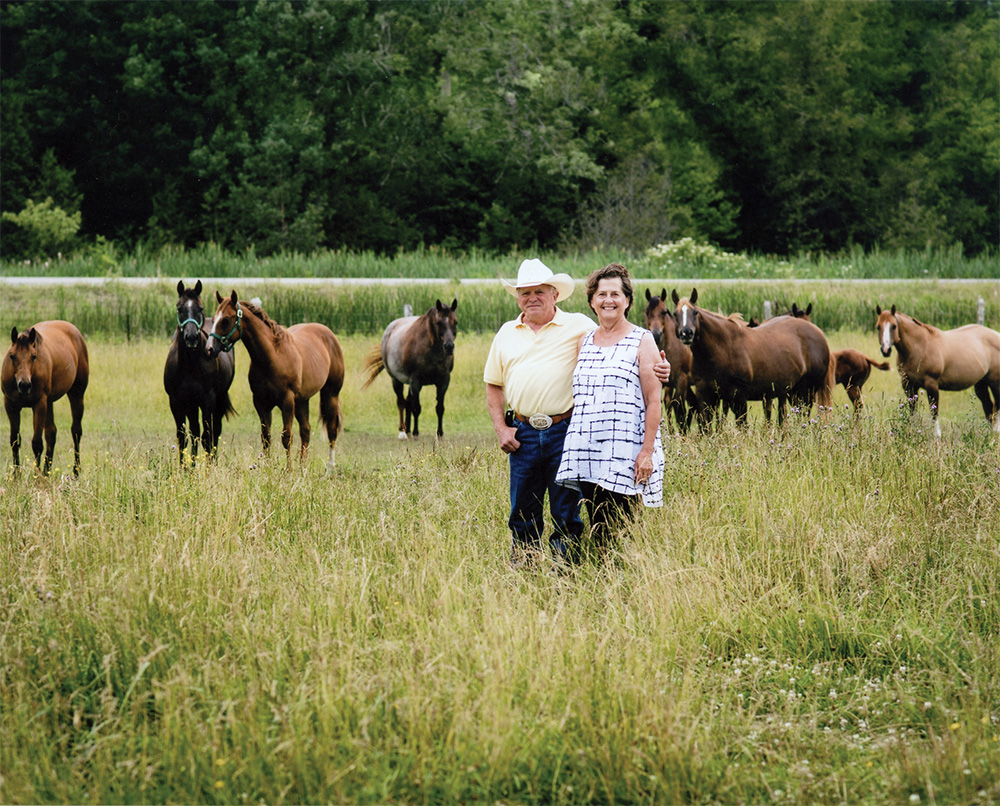 Their first really good mare was Wimpy’s Ladybug, a daughter of Wimpy Three that they bred to Three Jets Cody to produce Malabar Three.

“ ‘Malabar’ got us known as breeders when we started consistently winning with his offspring,” Risty says. “Years later, we purchased a mare named Sassaroanie, whom we crossed on our stallion Oh So Noble by Noble Tradition. Those two produced winner after winner, and we have kept many of their daughters and granddaughters as broodmares.”

“Our horses are bred, raised, trained and shown by us,” Risty says. “We raised two great sons and every horse was shown by Tyler, Travis, Jan or myself.

“We have won a great many awards over the years, including the Canadian-Sired Stakes Futurity and Canadian-Foaled Futurity, as well as countless open, amateur and youth classes and grand championships,” he says. “We have over 50 Ontario Breeders Futurity and Michigan Breeders Futurity winners and made the top-10 list for AQHA Incentive Fund money-earners. It makes us proud to have raised so many class winners, Superior champions and year-end award titles. But we get the most pleasure seeing these horses go on to win with their new owners.”

Many of the Coolwater-bred horses have gone on to become team penners, hunter-jumpers, pleasure horses and even into duty with forest services in Europe.

“It’s always great to hear from new owners here in Canada, as well as from European and American owners,” Risty says. “The greatest honor is the repeat customers who become fans of our horses and lifelong friends.”

In any industry, turning customers into friends requires a great product.

“My ideal Quarter Horse has a pretty head, big eyes set wide apart and a great neck with a fine throatlatch,” Risty says. “Legs must be correct and the horse must be a great mover. I want anyone to be able to look at that horse and say, ‘That is a Quarter Horse’ or even better yet ‘Wow!’ Color doesn’t matter, but we have a good number of roans. It doesn’t cost any more to feed a pretty one!”

The Schmidts believe in giving back, and their involvement with the Ontario Quarter Horse Association resulted in Risty serving as director for many years and later serving on the Hall of Fame Committee. The couple ran the Canadian-Sired Stakes Futurity, and after conducting snaffle bit clinics, they held the first snaffle bit futurity at Quarterama in Toronto.

“We’ve been involved in a lot of different areas, but Risty has had Quarter Horses since he was a teenager,” Jan says. “I didn’t know anything about horses before we met. I inherited my passion for Quarter Horses from my husband.”

They offer advice gleaned from their involvement at all levels. Maintaining the industry will not be easy.

“It’s going to be a tough go, as there are so many activities competing for young people’s leisure dollars,” Risty says. “Most other sports don’t require feed and care 24/7!

“AQHA must be much more efficient and insist on its judges upholding the rules and regulations exactly as they are written,” he continues. “Let’s all keep the very best interest of the breed in mind and get rid of the extremes in all areas.”

The Schmidts became involved with Quarter Horses the year before Canada adopted the maple leaf. So to what do they attribute to their longevity in the industry?

“Simply the love of the Quarter Horse,” Risty says. “I was hooked the first time I saw one! We did this as a family and it became a way of life for us.” Simple enough. Risty pauses and elaborates.

“Having good jobs and pensions helps!” he says, with a laugh before turning serious again. “At no time did we ever have to breed for an ever-changing market or fads that come and go. When the genetic disorder tests were developed, we quickly decided that only negative-tested horses would be raised here. Many people have helped us over the years and we have made lifelong friends through the horse industry.”

You can view their Rider ad at https://www.therider.com/site/blog/2019/12/31/coolwater-quarter-horses