How Clubs are Coping with COVID Cancellations 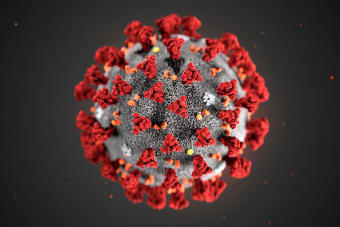 “People haven’t been able to ride,” said Linda. “The horses are out of shape.

Riding clubs and equine associations will join the long list of those affected by COVID-19. With no show season in the foreseeable future, all levels of group activity will have to adapt to survive.

The founders of the Rockwood Trail Riders (RTR) never could have predicted this pandemic in their wildest dreams when they started up in 1963.

A typical ‘local’ horse club, RTR usually holds four shows every year, a trail ride obstacle competition known as the Rockwood Trail Trials every fall, and a clean up, help out kind of day in the spring to prepare the showgrounds. All of their events have been held on the Dale family farm north of Rockwood since the beginning which means that at least the facility will sit tight and won’t need to be a drain on the finances this year.

Linda Liddle has been the RTR Treasurer since 1978. As she explained, the hard costs for the club include insurance, year-end awards and trophies, and a deposit for the banquet hall where the awards will be presented. Their banquet, like their club, is a non-profit event, not an income generator.

Fortunately, after so many years in business, the well-managed coffers are sound to see them through the roll over into 2021, even with no income this year from their events.

And luckily, their insurance renewal came up just as the pandemic came knocking. Linda e-mailed their broker to explain the situation. At that time, the May show and spring work day were cancelled; the June show was looking iffy, and it remained to be decided if any more of the events would run at all. Only three members had paid up their dues at that time, which will be rolled over to 2021.

As Linda explained, they are still obliged to pay the standard minimum liability insurance to protect the directors and officers of the board but overall, with the cancellation of a portion of their regular events and no members for the year, their insurance premium for 2020 came down by about 30 percent. Whether the insurance can be re-negotiated if shows and events are cancelled for the remainder of the season remains to be seen. The broker could not be reached for comment.

Meanwhile, the guessing game about the fate of the remainder of the 2020 show season continues as the COVID-19 pandemic continues to evolve. Even if they do decide it would be safe for people at the June show, the horses wouldn’t be ready.

“People haven’t been able to ride,” said Linda. “The horses are out of shape. They won’t be ready to do pole bending or jumping…they’ll need to take it slowly when they come back.”

For the Ontario Paint Horse Club, it’s been a similar story. As OPHC President Kris Simpson explained, their season is being called show-by-show, with regular meetings to make decisions in time to make plans. So far, the May show has been cancelled but even if everything opened up tomorrow it would still be a struggle to put on the June show.

“As long as borders are closed it’s hard to hold our horse shows,” said Kris, especially when most of the judges are from the US. The other major factor that will hold back the season is the economic impact of COVID-19: it’s hard to afford to show if you’ve lost your job.

While affiliated internationally with the APHA, OPHC has the autonomy to make decisions regarding their own show season. Kris explained that the APHA has tried to relax some rules to accommodate whatever show season does emerge, with full respect for the government regulations in any State or Province. Allowances have been made to make judging changes, for example, as well as extending eligibility for divisions and removing qualifying points from the World Show. Updates continue to come out bi-weekly as the situation adjusts. “They’re working well with the affiliates,” said Kris, “it’s all been super positive.”

Financially, the club is in good shape to weather the COVID-19 storm. Expenses are mostly tied to hosting shows so cancelling them costs the club nothing. Neither OPHC or APHA have given consideration yet to dues and fees already paid for 2020 while both are still trying to salvage something for the season. As a breed association, APHA membership covers more than just showing but they’re also trying to keep up morale by providing all-breed e-shows to keep members engaged.

OPHA will be making sure that their sponsors are looked after too. The more shows they cancel, the less exposure their sponsors will receive. “We’ll keep addressing those issues,” said Kris, “you have to treat them right.”

“Everyone hopes to be able to do something but of course it’s the health of the people that is the number one priority,” said Kris, admitting she’ll be disappointed if she can’t show this year but recognizing that nothing is worth someone’s life. “We’re all in the same boat, not just Paint, not just Canada.”