Originally published in the May 2018 Edition of The Rider 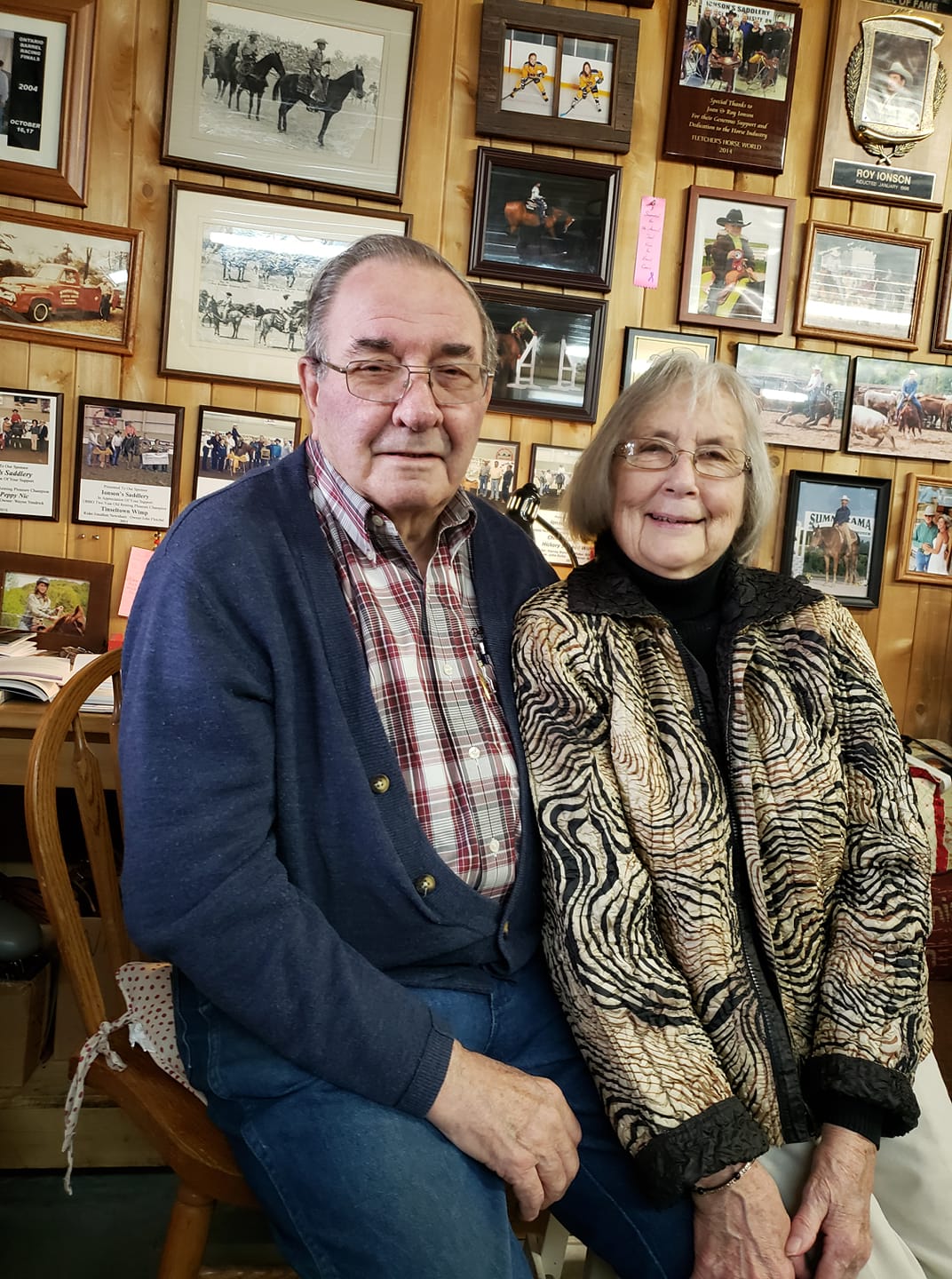 Roy and Joan Ionson lived in Clarkson when they first got married. They moved to Erindale a few months later, renting a beautiful little dream house with a little fireplace on a nice treed piece of land.

Roy was a salesman for Goodyear Rubber and Tire for several years. One day Roy came home at 11 in the morning. He’d quit his job. They moved to a rented a place just west of Toronto called Miles Park. The farm was in a state of disrepair and although there were three houses on the property, Joan said they didn’t expect their hired man, Doug Doner, to live in an insulbrick covered, converted chicken coop with his family. That shack became the Ionson home for a little while anyway. It was 1960.

It was so cold the toilet would have ice on it, said Joan, but they had a lot of fun in that house. They had 28 horse boarders there and it wasn’t unusual to find most of them crammed in to watch the rodeo on TV, back when TV’s weren’t all that common. They’d be sitting on the floor, row on row, climbing over each other if they had to get out. 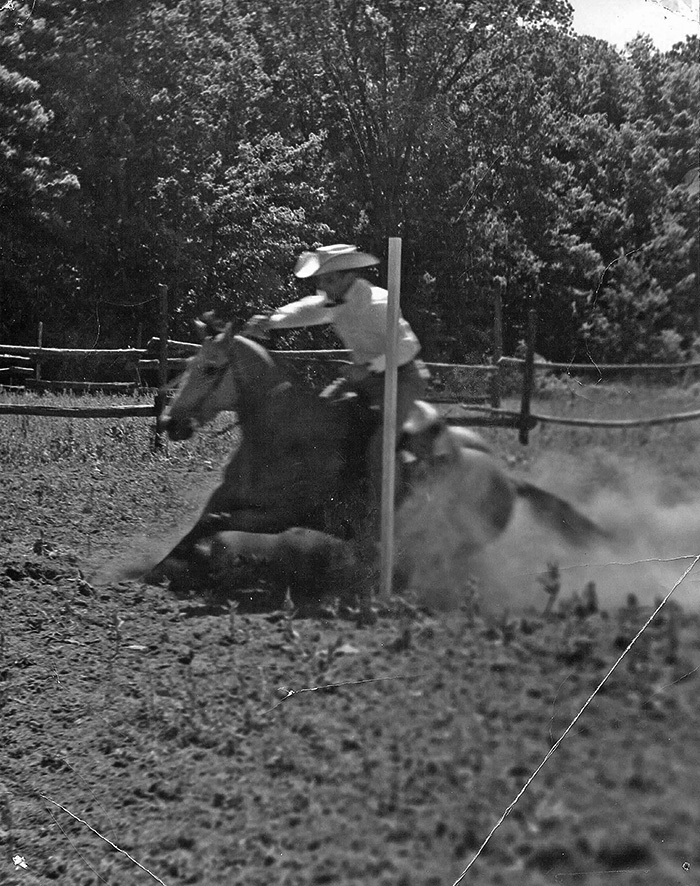 After a few years they bought 100 acres in Georgetown. “I thought I might as well be in this horse business,” said Roy. He’d been buying and selling horses for some time already. Leroy Kufske at the Bar 11 Ranch went partners with him before he was married. Roy put up the money for Leroy’s first horse – a grey mare - and he sold her the same week to Bill Western (as I say, don’t ask me what happened ten minutes ago but I remember this like yesterday…) and that’s how he got into horse trading, always having between 100 and 125 horses for sale at the farm. 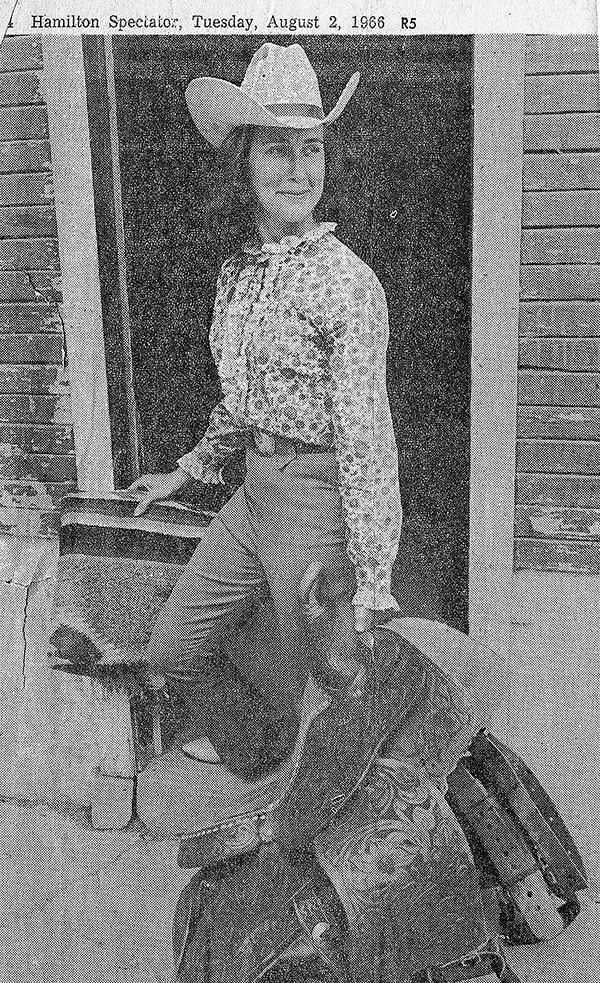 The horse industry has changed a lot since then. It would be hard to find a selection of horses for sale like that anymore. Roy and Joan have both watched the changes, like seeing less youth become interested in horses. A friend leases out 200 horses to camps and lesson programs and runs a petting zoo; he’s not seeing the kids coming in either. Where before the kids would boil out of the buses to see the horses, now they go to the bleachers to stare at their phones. There is a whole generation of people growing up without interest in horses and there are so many people of different cultures today who don’t know anything about horses.

It costs so much money now. The western horse was John Doe’s horse. As soon as the money started coming in it got out of control. Joan remembers what it was like to be a little girl and wanting a horse and would busting her butt to feed it. How can anybody who is a little horse lover get started today?

The demographics have changed too. Where the boards and shows were run by men they are now predominantly run by women. At Ionson’s Saddlery, their tack store in Chesley, Roy and Joan see a steady stream of middle-aged women coming back into riding. They had ridden English when they were younger, if at all, and now the kids are grown and the bills are paid they want to trail ride. “Things have changed,” said Roy. “I don’t know how that makes things different. It’s just an observation.”

And while the rulebook still says walk, jog, lope, the pleasure horses go so slowly and crooked now that they are not much use after their show career to become decent mounts for new riders. “They’re not jogging, that’s not a jog and it’s not a lope. It’s a cantalope,” said Roy. They’re physically and mentally burnt out. 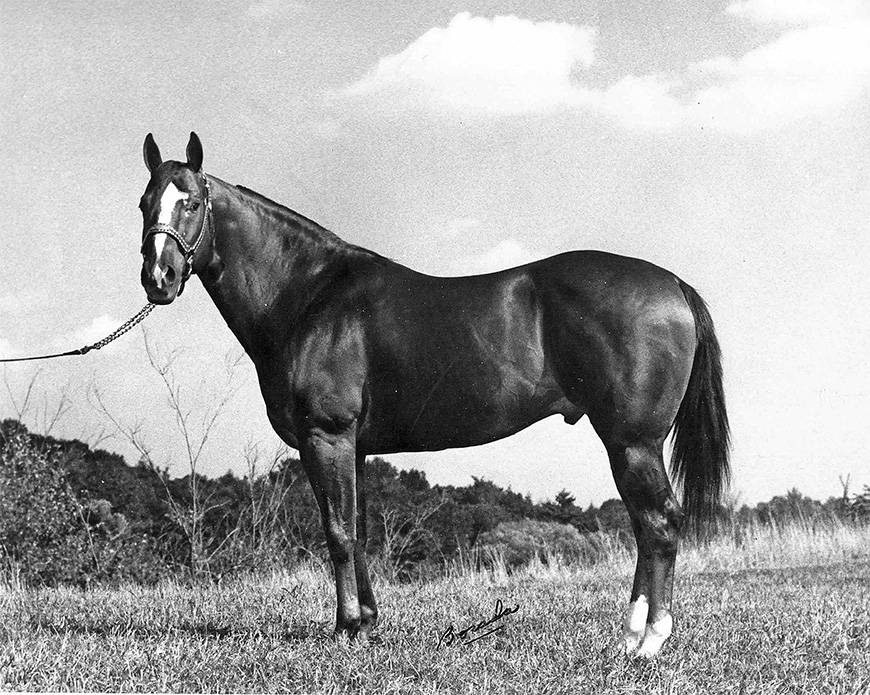 Horse clubs are having had a hard time of it, many because of a lack of people to step up and run them. Where there used to be 3, 4, or 5 people running to be a director now we have to drag them in. The work is put on only so many shoulders. Nobody goes out and promotes; if it happens, it happens. There’s nobody taking the torch – they don’t know how. 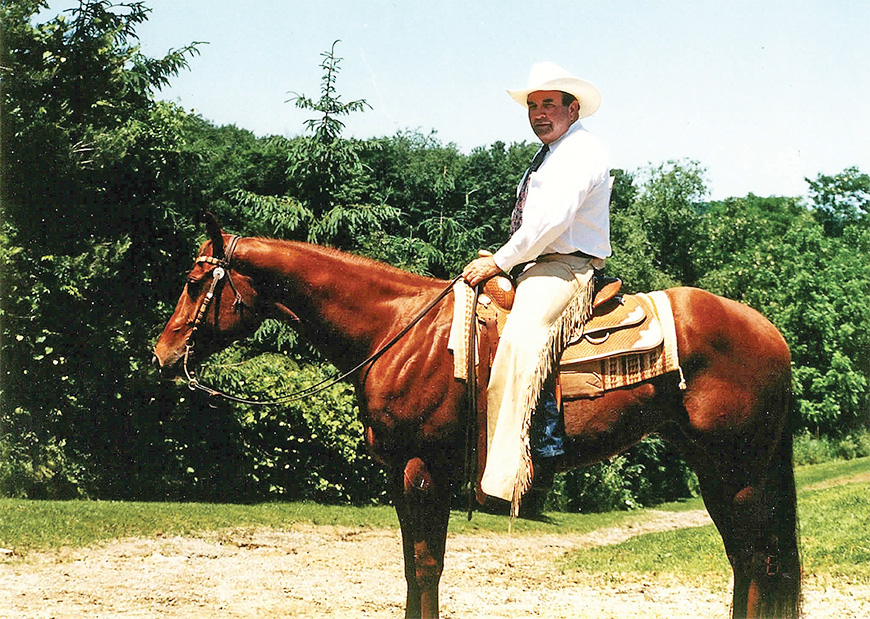 Same thing happened at Quarterama. Basically the same people ran that show for years and years, the same nucleus. Why don’t we have another Quarterama? As Roy explained, number one, we can’t afford it. Number two, the timing is entirely different. In March there was nothing going on. Now there’s a whole bunch of shows. At that time Quarterama was the second largest QH show in North America. It won’t happen again. You can never resurrect that, said Roy. People think they can. 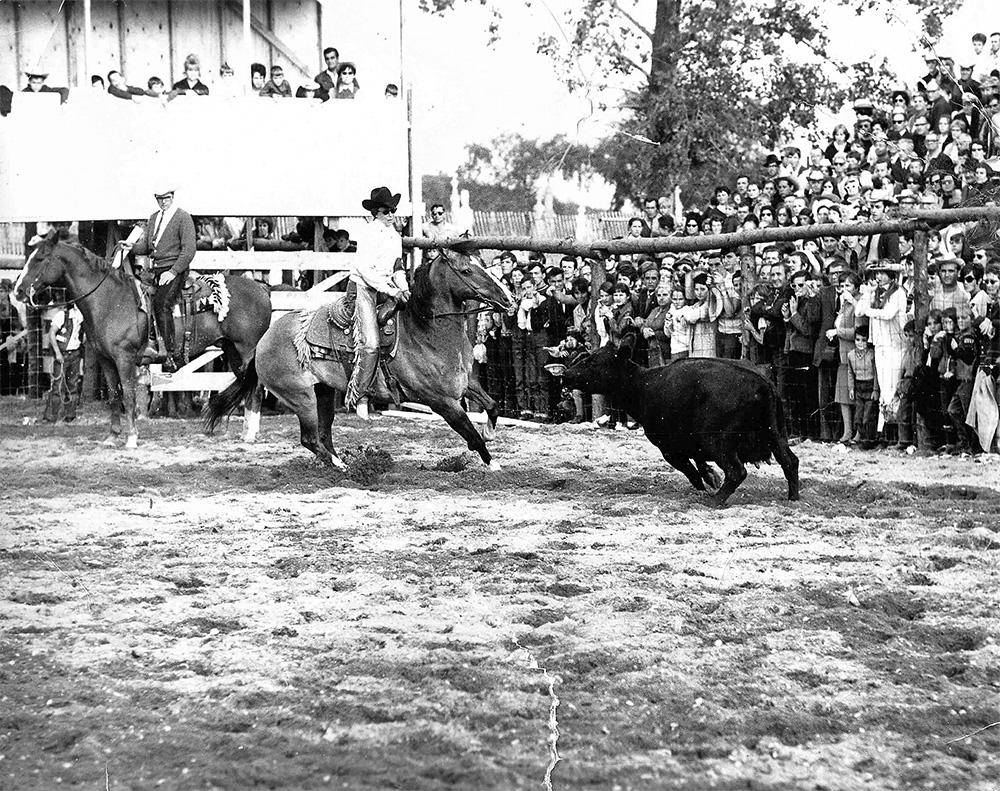 OQHA membership has seen decline but the club is still running. It was difficult to service the whole province, explained Roy, so they created five satellite regions. It worked for years but then the satellites somehow became entities of their own, said Roy.

Paint has seen decline; Appaloosa is a thing of the past, after they broke into three different groups in Ontario. That was their downfall as well, said Roy. If they have satellites they have to keep control of those satellites. How you do it, I don’t know? It would take a bit of thinking. How you could do it properly that you’re looking after everybody? There’s no magic formula.

“Maybe someone like me with a lot of old thoughts in my head, or someone young and smart may come along and say, I know how to fix this, and if they listened to him, maybe it would work?”