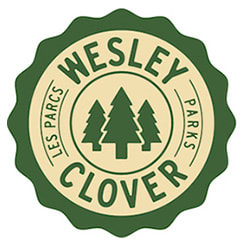 Wesley Clover Parks welcomed spectators back after two years of restricted access due to the COVID-19 pandemic.

Ottawa, Ontario – Ottawa’s Rayne Dubois scored a hometown win in the $15,000 Grand Prix held Saturday, May 28, 2022, at Wesley Clover Parks in Ottawa, ON, during the Ottawa Welcome show jumping tournament. Following two years of restricted access due to the COVID-19 pandemic, Wesley Clover Parks welcomed spectators back to enjoy show jumping competition at its first tournament of the 2022 season. Competition was at its finest with a trio of young female riders successfully navigating the first-round track set by Canadian course designer, Pierre Burch, to qualify for the jump-off.

Julia Wiggins, 19, of Kanata, ON, was the pathfinder over the short course riding Lynnford AS, a 10-year-old Holsteiner gelding sired by Larimar 7 and owned by Julia Wiggins Equestrian. When a rail fell at the final fence for four faults, the door was open for the next two challengers.

Next in the order of go were Anna Bremermann, 22, of Oakville, ON, and Frascati, a 12-year-old Dutch Warmblood gelding (Otangelo x No Limit) owned by Eric Bremermann. A rail down mid-way on course meant speed became the name of the game, but Bremermann’s time of 39.29 seconds wasn’t fast enough to knock Wiggins, who had stopped the clock in 36.70 seconds, out of top spot. 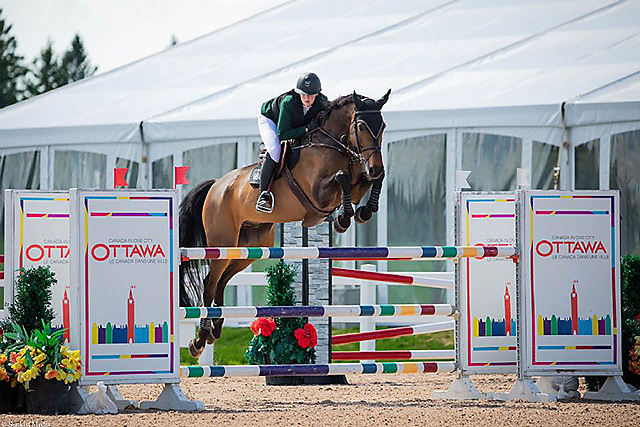 As the final challenger, Dubois knew a clear round would secure the win with Dublin, a 13-year-old Belgian Sport Horse gelding sired by Ugano Sitte and owned by Millar Brooke Farm. However, hopes of a clear were quickly dashed when the first fence came down. With time becoming the only option to save the win, Dubois stepped on the gas pedal, leaving the remainder of the jumps in place before crossing through the timers in 36.57 seconds to narrowly edge out Wiggins. “My plan had been to mosey my way to a clear round, but I had the first jump down, so I booked it the rest of the way around,” said Dubois of her change in strategy. “It was really fun to be in the jump-off with two of my friends, we’re a pretty close-knit group.” 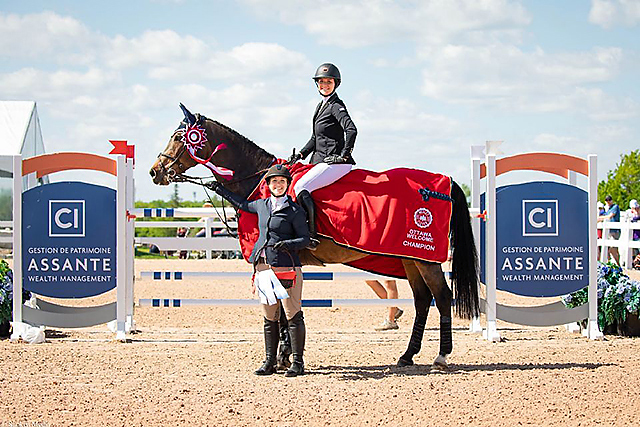 “He knows what he’s doing, he knows his job, and he loves to get in the ring,” said Dubois of her winning mount. “On show days, he goes in there with a spring in his step. He is the kindest thing; he never says ‘no.’ He has a heart of gold. He takes care of me. I don’t know how else to explain it except to say that he is my friend.”

Dubois is a former student of Wesley Clover Parks. She started riding there in 2016 before transitioning to train with the Millar family at Millar Brooke Farm in Perth, ON. She continues to maintain her connection with Wesley Clover Parks by being an instructor and teaches lessons to beginner riders once a week.

“It really feels like home,” said Dubois of competing at Wesley Clover Parks. “Everyone is so friendly, and it has incredible hospitality. They maintain the grounds so well, and it’s one of the best grass rings in North America.” 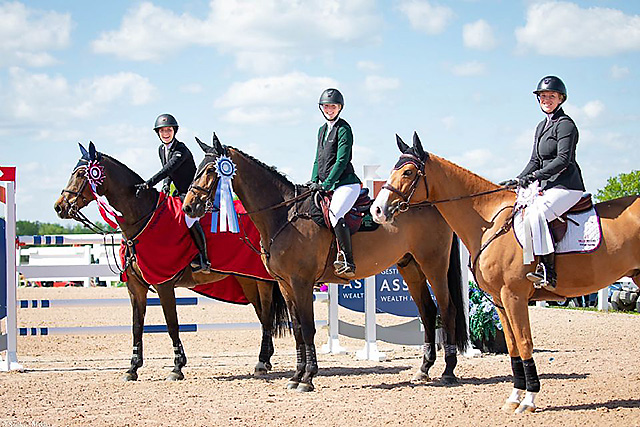 “None of this would be possible if it weren’t for the amazing team of trainers, grooms, and staff at Millar Brooke Farm and for Elizabeth White, who has supported me from day one and still supports me today,” said Dubois who is the reigning CET Medal national champion, having won the prestigious equitation final when the Royal Agricultural Winter Fair was last held in 2019.

With her win, Dubois puts herself in contention for the Ottawa Circuit Awards, presented by Ride Every Stride. With prizes awarded in 29 divisions, competitors collect points at all Gold and Platinum shows hosted at Wesley Clover Parks this season. The Under 25 MarBill Hill Farm Jumper Bonus and Circuit Award are also back for 2022, with $10,000 in bonuses up for grabs. For more information, visit www.ottawaequestriantournaments.com/ottawa-circuit-awards.

The addition of Major League Show Jumping competition, offering CSI5* and CSI2* divisions sanctioned by the Fédération Equestre Internationale (FEI), in August will bring a caliber of sport never before seen in the Nation’s Capital. In a unique jumpers-only format, this tournament will see the world’s top show jumping riders competing in high stakes team and individual events for over $800,000 in prize money.

For more information on the Ottawa Equestrian Tournaments, visit www.OttawaEquestrianTournaments.com.

Full results are available at www.ottawaequestriantournaments.com/results. Get the latest updates, news, and photos by following Ottawa Equestrian Tournaments on Facebook here and Instagram and Twitter @TheWCParks.

Rayne Dubois and Dublin are presented as the winners of the $15,000 Grand Prix by Karen Sparks of Wesley Clover Parks. Photo by Sunkist Media

The top three in the $15,000 Grand Prix. From left to right: Rayne Dubois, Julia Wiggins, and Anna Bremermann. Photo by Sunkist Media