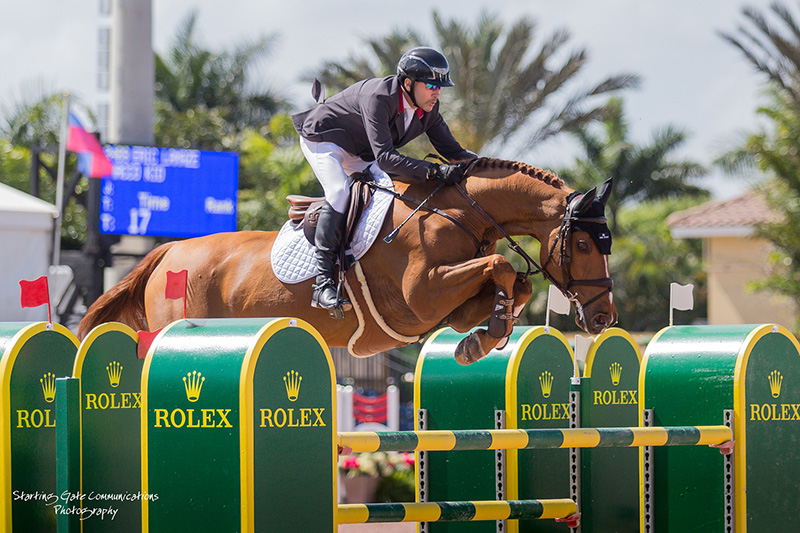 Calgary, Alberta – Eric Lamaze has announced the retirement of Chacco Kid from competition.

The 16-year-old chestnut Oldenburg gelding (Chacco Blue x Come On) sustained an injury while competing in the 1.50m ATB Cup on Sunday, June 21, at the Spruce Meadows ‘National’ tournament in Calgary, AB.

“‘Chacco’ was landing and turning from the double Rolex vertical when one of his hind feet clipped the front foot,” explained Lamaze. “Normally, the front shoe would come off but in this case it didn’t. He tried to step out of it, resulting in an injury to his check ligament. At 16 years old, it’s too much to expect him to come back and jump again. Instead, we’re looking forward to giving him a nice retirement in the field in Belgium where we can see him every day and enjoy reliving many memories.” 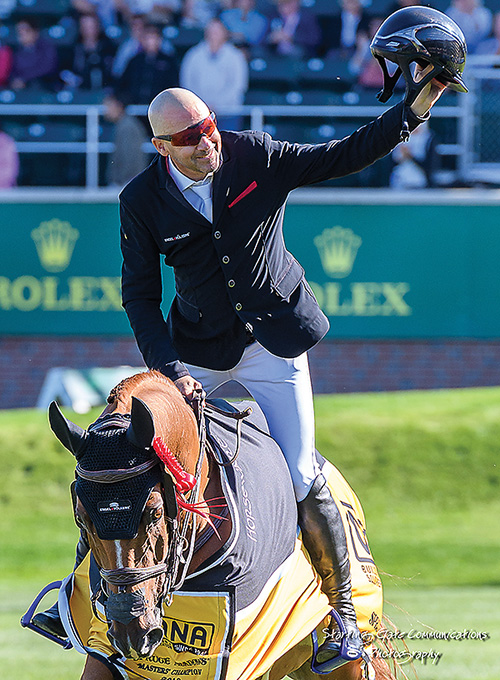 Lamaze discovered Chacco Kid through Marcel Delestre, who was training the Colombian show jumping team at the time. Chacco Kid was imported from Colombia and joined Lamaze’s string in the winter of 2016. The pair began showing at that year’s Winter Equestrian Festival in Wellington, FL.

Partnered with Chacco Kid, Lamaze enjoyed numerous victories around the globe and represented Canada at the 2018 World Equestrian Games in Tryon, NC. For Lamaze, his most meaningful win with Chacco Kid came in the $500,000 RBC Grand Prix of Canada, presented by Rolex, during the 2019 Spruce Meadows ‘National’ tournament in Calgary, AB. It was Lamaze’s first competition since publicly revealing that he had been battling a brain tumour.

“My favourite memory with Chacco was winning the RBC Grand Prix when I wasn't well,” recalled Lamaze. “The win was 70 percent horse and 30 percent rider. He knew he had to take care of me and seemed to rise to the occasion.”

In addition to Lamaze, several riders for his Torrey Pines Stable also campaigned the horse with impressive results including Kara Chad and Beth Underhill of Canada and Nina Mallevaey of France. 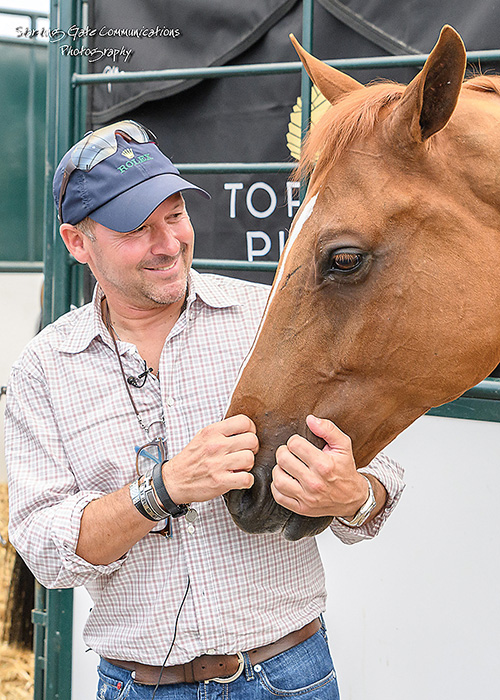 “Having success with four different riders over the course of his career is exceptional,” said Lamaze. “His personality, his heart, and his carefulness allowed him to manoeuvre some of the biggest courses in the world.” Chacco Kid is owned by the Chacco Kid Group, consisting of Rick and Sara Mershad, Ludi and Carol Sollak, and Andy and Carlene Ziegler.

“It’s sad to see a horse that has done so much for so many riders leave the sport this way,” concluded Lamaze. “I’m very sorry for Carlene and Andy, Carol and Ludi, and Sara and Rick for this sad ending. It’s the sport and we have to live with it, just like athletes have career-ending injuries in hockey and basketball and other sports. There are accidents that, even with the best care, we cannot prevent. On days like these, we should remember and celebrate this extraordinary horse and all that he accomplished.”

“It has been an honour to be part of Chacco Kid’s career,” said Carol Sollak. “He has the biggest heart and is always happy to see everyone who walks into the barn. Chacco is a competitor and thrives on winning. He and Eric had such a successful career together and, after Eric’s retirement, Chacco had the same drive to win with his new riders. I have many fond memories traveling the world to watch Eric and Chacco. I will miss seeing him in the show ring, but I will always be there with oranges and bananas and a heart full of love for him.”

Eric Lamaze has announced the retirement of Chacco Kid, owned by the Chacco Kid Group. Photo by Starting Gate Communications