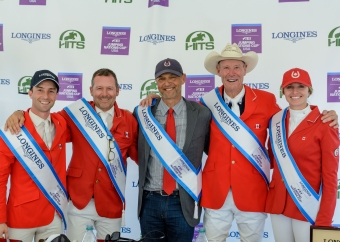 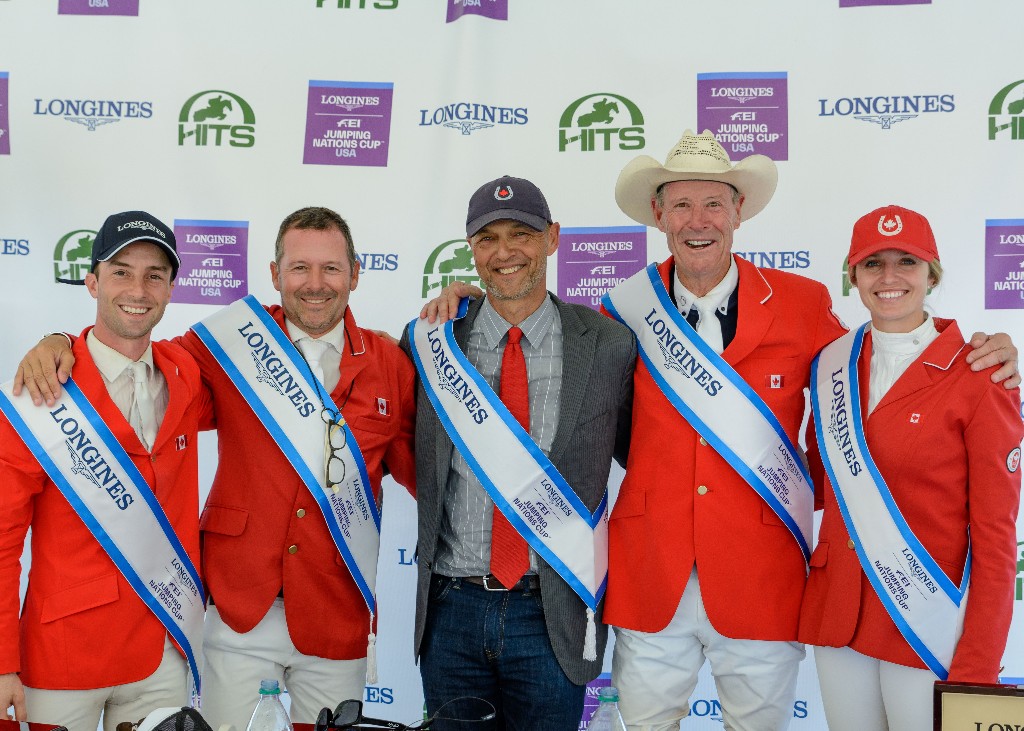 Millar and anchor rider Lamaze were the only two athletes in the competition to jump double clear, leading Canada to victory and splitting a new €50,000 bonus on offer this season as the day’s top performers.  Canada won with a two-round total of eight faults over Brazil with 16 faults while Ireland and the United States tied for third place with 24 faults apiece.  Germany finished fifth with 32 faults while Mexico was sixth with 40 faults. 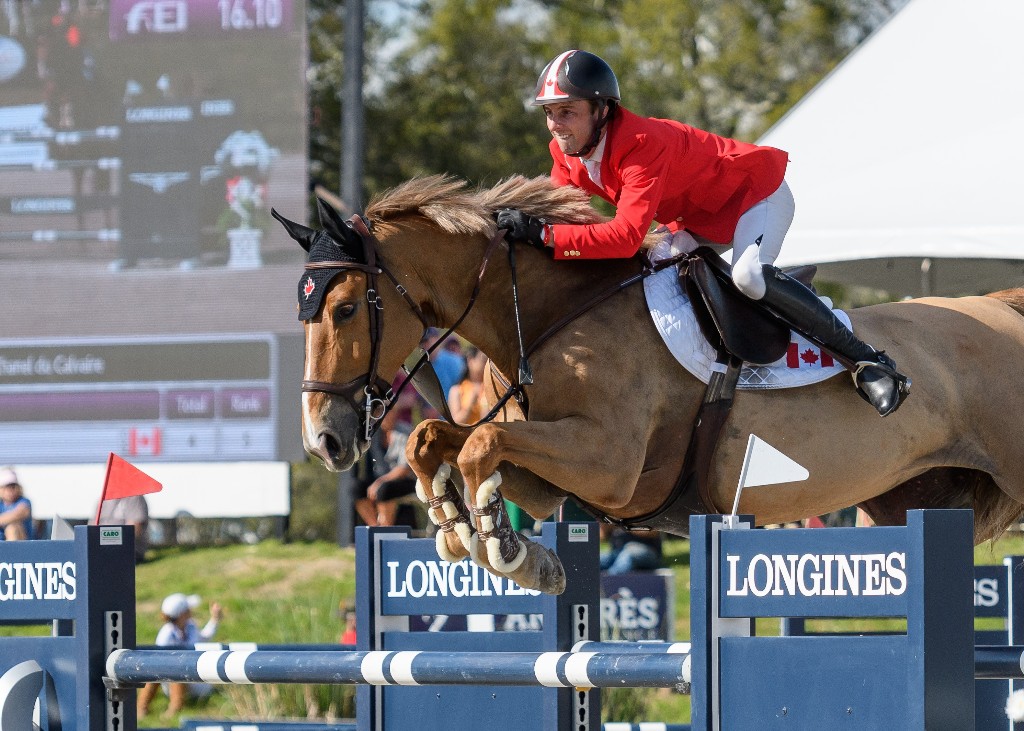 Foster, 33, then had four faults in the opening round aboard Brighton, a 12-year-old Dutch Warmblood gelding (Contender II x Quick Star) owned by Artisan Farms LLC and Torrey Pines Stable.  Both Millar and Lamaze jumped clear, allowing Canada to drop Lamontagne’s five faults and only count the four faults incurred by Foster at the second fence on course.  With four faults at the half-way stage, Canada was tied for the lead with Germany, while Brazil sat third with eight faults.

In the second round, Lamontagne and Chanel du Calvaire once again had a rail at the ‘b’ element of the triple combination set at fence seven but came home under the time allowed to keep their score to four faults.  Foster and Brighton incurred an uncharacteristic 16 faults, putting the pressure on teammates Millar and Lamaze.

A ten-time Canadian Olympian, Millar, 71, seemingly thrives on pressure, and jumped another textbook clear with Dixson, a 15-year-old Belgian Warmblood gelding (Vigo d’Arsouilles x Olisco) owned by Ariel Grange.  It was the first double clear performance of the day, delivered over a challenging track set at a height of 1.60m by course designer Marina Azevedo of Brazil.

As the other nations started to falter, Canada was pulling away from the pack.  Riding in the anchor position, Lamaze, 49, knew one rail down would secure victory while two rails down would force a jump-off with Brazil.  The Olympic gold, silver and bronze medalist needed no such cushion, instead jumping clear yet again with Coco Bongo, a 13-year-old Rheinlander gelding (Caretino x Calido) owned by Andy and Carlene Ziegler’s Artisan Farms and his own Torrey Pines Stable.

“It was a tough course, but we put in a great team effort with all four riders playing a part in the final outcome,” said Lamaze.  “François was the discard in the opening round, but he came back with four faults for us to use in the second round when Tiff had some trouble.

“We all work well together, we all help each other, and we had good team spirit with this team,” continued Lamaze.  “We had good chemistry all week long.  I have ridden with Ian and Tiffany on many teams, and François is really talented; I could see him being a big help to our team in the future.”

Eric Lamaze was double clear riding in the anchor position for Canada aboard Coco Bongo, owned by Artisan Farms and his own Torrey Pines Stable. Photo Credit – Starting Gate Communications

The $450,000 Longines Nations’ Cup at CSIO5* Ocala acted as the first of three qualifying events in the North and Central America and Caribbean League for the Longines Nations’ Cup Final to be held in Barcelona, Spain, from October 4 to 7.  Canada, Mexico, and the United States were all eligible for qualifying points in Ocala, with Canada earning 100 points, the United States taking 75, and Mexico netting 55.  Two more qualifying events are still to come in Mexico and Canada, with the top two teams in the league invited to Barcelona.

“It’s always satisfying when the plan comes together and today was such an occasion,” noted Canadian Show Jumping Team chef d’equipe Mark Laskin of Langley, BC.  “It was tough jumping, a legitimate five-star, and the victory was a real team effort.  Tiff contributed in the first round, François contributed in the second, and Ian and Eric were flawless in both rounds.  I don’t think any team in the world has a better one-two punch than we do, and they showed it by being the only two double cleans in the entire competition.  Great team chemistry this week, everyone bought into what we were trying to do, and we were victorious as a result.”