The Rider Recommends: THE ADVENTURES OF LUDWIG & IMOGEN 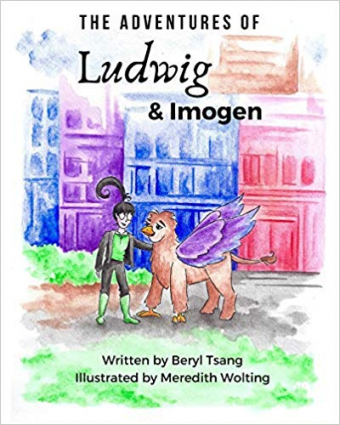 Book Review: Along with her imaginary pet hippogriff, Ludwig, they enjoy waffles, pizzas and navigate their way through traffic and around the playground near their urban home.

THE ADVENTURES OF LUDWIG & IMOGEN

Written by Beryl Tsang
Illustrations by Meredith Wolting
The children’s book is available from Amazon.ca

Any Harry Potter fan will know what a hippogriff is…do you?  If not, it’s a cross between a horse and an eagle and one stars as the lead character in a new children’s book, The Adventures of Ludwig (the imaginary beast). Imogen is a young woman living in a large city with lots of noise, people and distractions. Along with her imaginary pet hippogriff, Ludwig, they enjoy waffles, pizzas and navigate their way through traffic and around the playground near their urban home.

The 32pg book makes for an exciting read-along with mum or dad, and the colourful pictures help kids imagine the world Imogen and Ludwig inhabit…perhaps they, too, have an imaginary friend who accompanies them on their flights of fantasy.

The Rider recently spoke with Beryl and Meredith who told us…

Who was your inspiration for Imogen…and why a hippogriff?

Beryl: My inspiration for Imogen is the hapless urban single woman who is working at a job that is predictable and not very exciting (which she likes). She is someone who wants to live a simple “milquetoast” life except that her imagination gets the better of her and this 100lb Hippogriff just sort of drops into her life without any warning.  Why a hippogriff?  Being Asian, I’m awfully fond of Qilins, Phoenixes and Dragons but not terribly familiar with Hippogriffs. The actual Hippogriff that inspired Ludwig is the statue that sits outside of the Lillian H. Smith Library in downtown Toronto.

With parents giving smartphones or tablets to their youngest children for amusement (or babysitting), do you think the art of parental storytelling needs a boost?

Meredith: One of my earliest childhood memories is of my parents reading to me and doing different voices for different characters. This is such an important bonding tool for parents and children, and I truly believe that it influenced the way I learned to speak and is the reason I now have a career in art and performance. Technology will never replace face to face connection or the magic of live theatre.

Beryl: I am a big fan of making art, reading, storytelling and writing accessible. I think that it’s important to engage children creatively and as a parent, I found bedtime stories, listening to talking books while we did chores or travelling to be great ways encouraging and inspiring imagination. 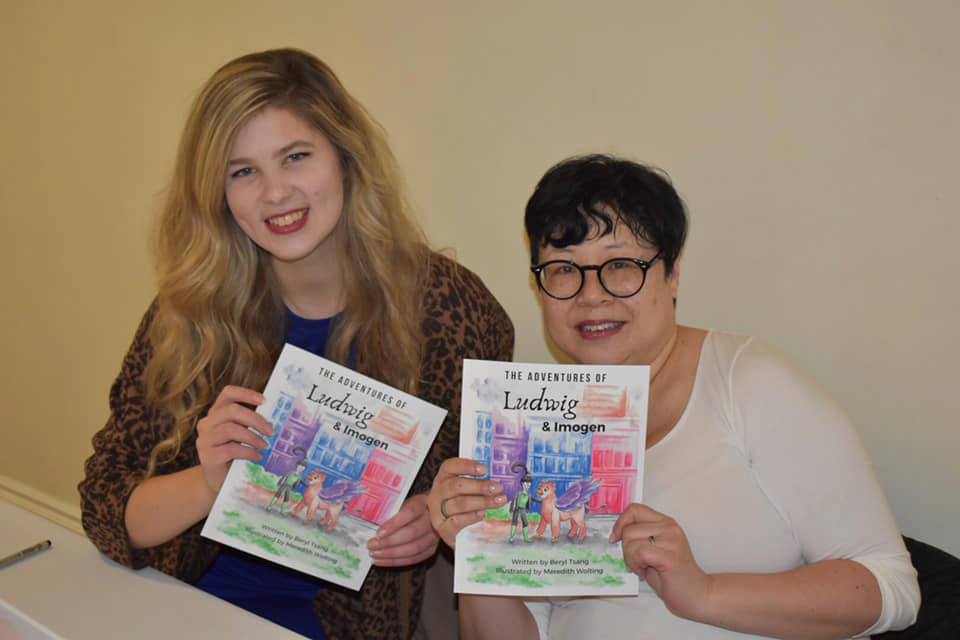 Meredith, as the book’s illustrator, what attracted you to this project?

Is there another book of further adventures with Ludwig and Imogen in the works?

Beryl: There are definitely plans afoot for a new book, especially as Ludwig hits all the Hippogriff milestones like learning to fly, finger-painting and going to his first birthday party.