Ottawa, ON, June 19, 2019 – Equestrian Canada (EC) and the Canadian Olympic Committee (COC) have announced the 12 athletes nominated to compete in three equestrian disciplines at the Lima 2019 Pan American Games, taking place July 26 to Aug. 11 in Peru.

Canada has fielded three full equestrian teams for the Pan Am Games, consisting of 10 women and two men. The equestrian portion of the games will kick off with the elegance of dressage July 28, 29 and 31. The dynamic discipline of eventing will follow Aug. 2-4, with fast-paced jumping competition wrapping things up Aug. 6, 7 and 9.

The equestrian teams are made up of a combination of veterans and those making their major games debut. Five athletes have previous experience representing Canada on the world stage, while seven are attending their first senior multi-sport games.

One of Canada’s most decorated Pan Am athletes, Jessica Phoenix, 35, of Cannington, ON, will head up the Canadian Eventing Team in Lima. Her horse, Pavarotti, is also a Pan Am veteran, having helped Phoenix bring home individual gold and team silver in 2011 and individual silver and team bronze in front of a hometown crowd in Toronto in 2015.

“I am extremely honoured to have the chance to ride Pavarotti at a third Pan Am Games for Canada,” said Phoenix who is also a two-time Canadian Olympian. “We have had an extensive career together and it is such a blessing every time I get to compete with him. I can’t wait to ride on this team. Go Canada!”

Competing alongside Phoenix in eventing will be her longtime teammate from the TORONTO 2015 Pan Am Games, Rio 2016 Olympic Games and Tryon 2018 FEI World Equestrian Games (WEG), Colleen Loach, 36, of Dunham, QC. Rounding out the team are Pan Am rookies, Dana Cooke, 31, of Merritt, BC and Karl Slezak, 37, of Tottenham, ON. 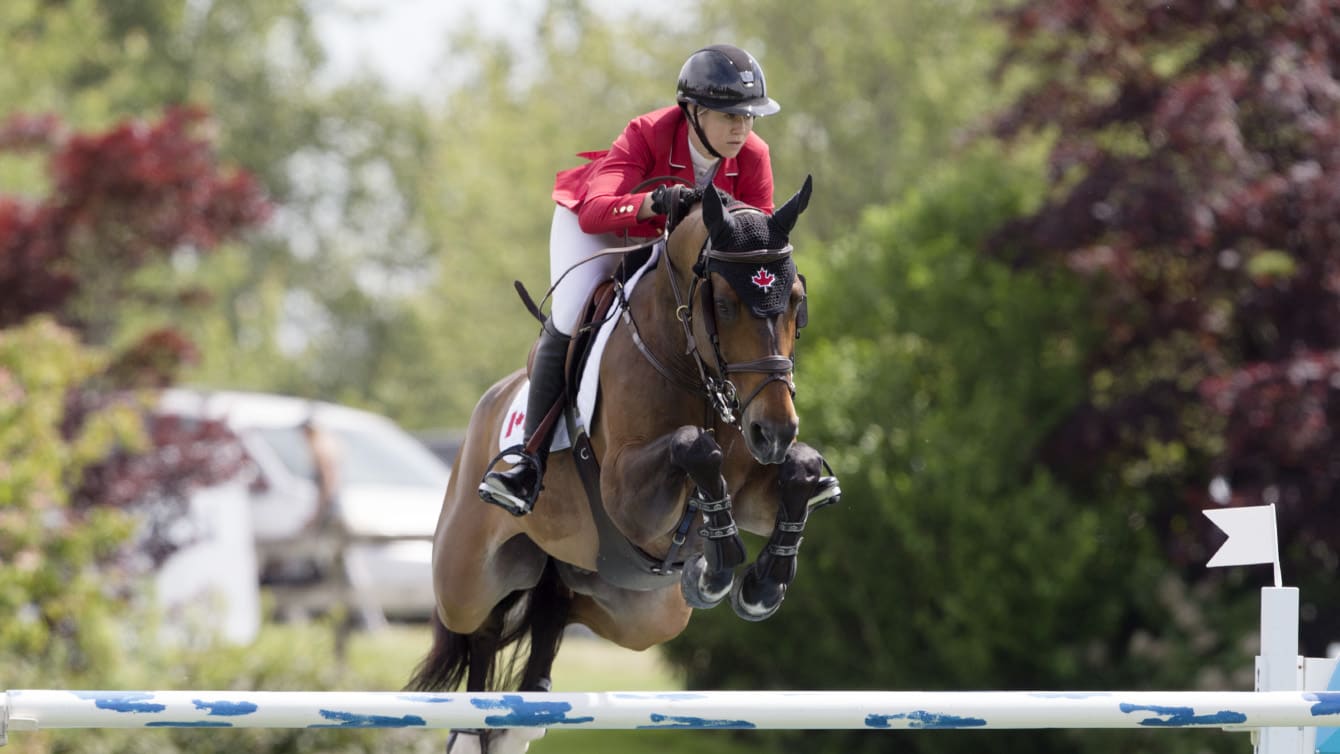 Canadian jumping team athlete, Nicole Walker, 25, of Aurora, ON is among the athletes experiencing the Pan Am Games for the first time.

“I feel honoured to compete for Canada in the upcoming Pan American Games in Lima. Wearing the red jacket brings added pressure, but it is an incredible feeling to have a whole nation behind you,” said Walker, who is the reigning Canadian Show Jumping Champion. “This will be my first major games. I am riding alongside an experienced team and my horse, Falco van Spieveld, has been in super form. Together I think we can pull off a great result for Canada.”

The Canadian Dressage Team will include a Pan Am return for Tina Irwin, 38, of Stouffville, ON, who already has a team silver medal from the 2011 edition in Guadalajara, MEX.

“I am very excited and honoured to be part of the Pan American dressage team with Laurencio,” said Irwin, who has racked up an impressive resume with her mount Laurencio, even setting a world record for the highest small tour score in 2017. “I think we have a very strong team this year and I look forward to working with my teammates to bring home a medal.”

Joining Irwin in Lima will be Jill Irving, 56, of Moncton, NB, who is coming off her debut at WEG 2018, as well as two talented rookies: Lindsay Kellock, 29, of Toronto, ON, and Naima Moreira Laliberté of Outremont, QC, who at 22 years of age is Canada’s youngest equestrian athlete heading to Lima.

The 2019 Lima Pan American Games will prove especially meaningful for the Canadian Equestrian Team (CET) by providing the opportunity for all three disciplines to qualify for the Tokyo 2020 Olympic Games in Japan.

Historically, the CET has had great success at the Pan Am Games, most recently earning five medals from TORONTO 2015. The dressage team took silver, eventing earned bronze, and the jumping team won gold for the first time since 1987. Individually, Phoenix and Pavarotti were eventing silver medalists, while Chris von Martels of Ridgetown, ON claimed individual bronze in dressage.

“It is an incredible moment for any athlete, in any sport, to be named to the national team for a major games,” said Jon Garner, EC Director of Sport. “The hours spent honing their craft to get to this point are likely immeasurable, and for the most part started as a child on a pony. The athletes selected to represent Canada at the upcoming Lima 2019 Pan American Games have done everything asked of them and more to get this far. This is step one.”

“Though the CET has a different makeup for the first time in a long time, I have the utmost confidence in this group to achieve the goal of qualifying for the 2020 Olympic Games in Tokyo,” Garner continued. “It will require single-minded focus from athletes and support teams alike, and I have no doubt that these teams will produce podium performances in Peru.”

Lima 2019 will bring together approximately 6,700 athletes from 41 nations of the Americas and feature 62 disciplines in 39 sports. It will be the largest sporting event ever held in Peru.

The full list of Canadian equestrian athletes and coaches nominated for Lima is as follows: 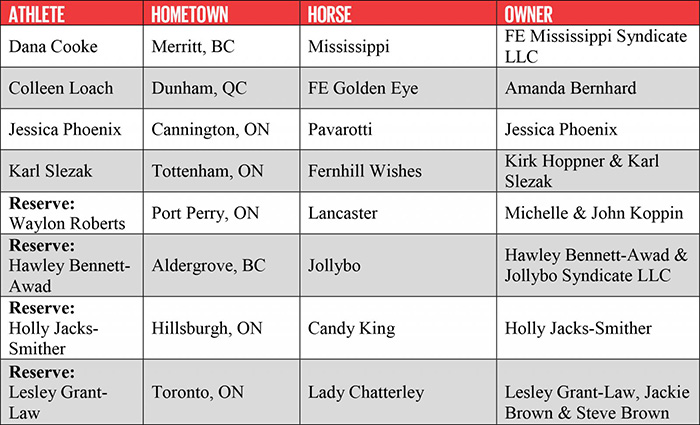 Prior to being named to Team Canada, all nominations are subject to approval by the COC’s Team Selection Committee following its receipt of nominations by all National Sport Federations in late June 2019.

EC is supported in its pursuit of excellence by Sport Canada and high performance partner, Own the Podium.

PHOTO – Nicole Walker of Aurora, ON will be one of 12 athletes representing the Canadian Equestrian Team at the Lima 2019 Pan American Games and vying for Canada’s berth in equestrian sport at the Tokyo 2020 Olympic Games. PHOTO CREDIT - © Cealy Tetley - www.tetleyphoto.com