Had To Be Ivory Cruises To Victory In Ontario-Bred Maturity

AJAX DOWNS, SEPTEMBER 2, 2019 - Carol and Jaime Robertson's brilliant 4-year-old gelding HAD TO BE IVORY cruised to a lopsided 2 3/4 victory in Sunday's $58,400 Ontario Bred Maturity at Ajax Downs on United Way Fundraising Day and the final Sunday card of the Quarter Horse season.

A steady drizzle didn't stop fans from cramming the track for food, raffles and prizes on yet another successful Sunday event day at the Quarter Horse races. 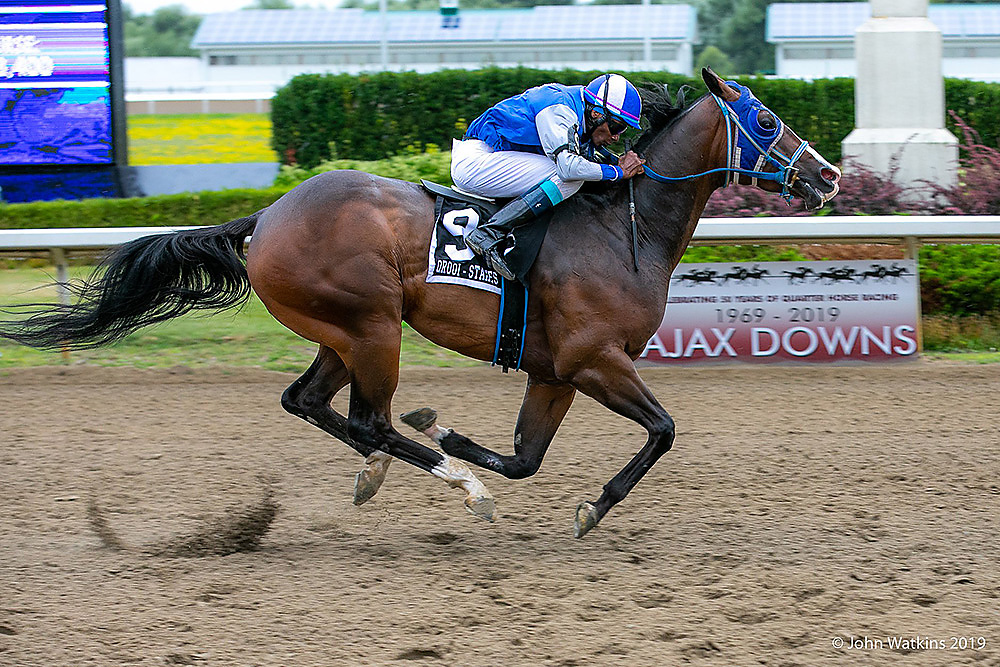 Ridden by his regular rider Tony Phillips, Had to Be Ivory's victory was never in doubt as he broke sharply and dominated his eight rivals. Arising Miracle, owned by Heste Sport, Inc. finished second with 2015 Horse of the Year Fiesty Icon holding third.

The victory sets up a fabulous year-end showdown with 3-time Horse of the Year COUNTRY BOY 123, who handily won Sunday's ninth race, in the $50,000-added Alex Picov Memorial Championship on Oct. 14.

Country Boy 123, who was upset by Had to be Ivory in two races this spring including the Picov Maturity, was making his first start Sunday since he won the Bradford Stakes at Indiana Grand in July. The 6-year-old, owned and trained by Ruth Barbour, has 20 wins in 32 starts and was ridden for the first time by Ed Walton. His earnings stand at over $320,000. 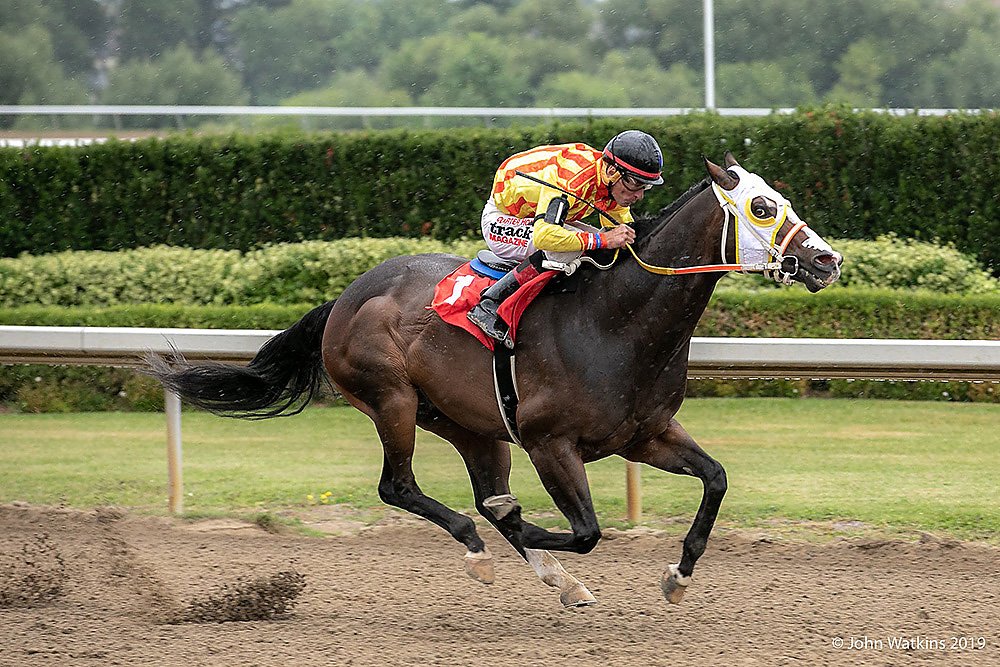 AJAX DOWNS switches to a Monday racing schedule beginning Sept. 9 featuring the Picov Derby Trials for the track's top 3-year-olds and the final qualifying round of "10 Days of Winning", giving fans a chance to win one of four $50 betting vouchers and a spot in the rich final on Oct. 14.

Photo at Top: HAD TO BE IVORY flies to an easy win in the $58,400 Ontario Bred Maturity on Sept. 1 with Tony Phillips riding - JOHN WATKINS PHOTO

Photo at Bottom: COUNTRY BOY 123 wins an allowance race on Sept. 1 as his final prep for the Oct. 14 Alex Picov Memorial Championship where he will face rival Hard to Be Ivory - JOHN WATKINS PHOTO