Calgary, Alberta – 2008 Beijing Olympic show jumping champions Eric Lamaze and Hickstead will be inducted into Canada’s Sports Hall of Fame as part of the class of 2020/21. The announcement was made in Calgary, AB, on May 27, 2020.

Together, Lamaze and Hickstead wrote show jumping history. Their crowning achievement was claiming the individual gold and team silver medals at the 2008 Beijing Olympics.

Lamaze and Hickstead also earned an individual bronze medal at the 2010 World Championships where Hickstead was awarded the title of “Best Horse.” They won team silver and individual bronze medals at the 2007 Pan American Games as well as several major grand prix show jumping titles including Calgary (2007 and 2011); Geneva (2008); Aachen (2010); La Baule (2011); and Rome (2011). 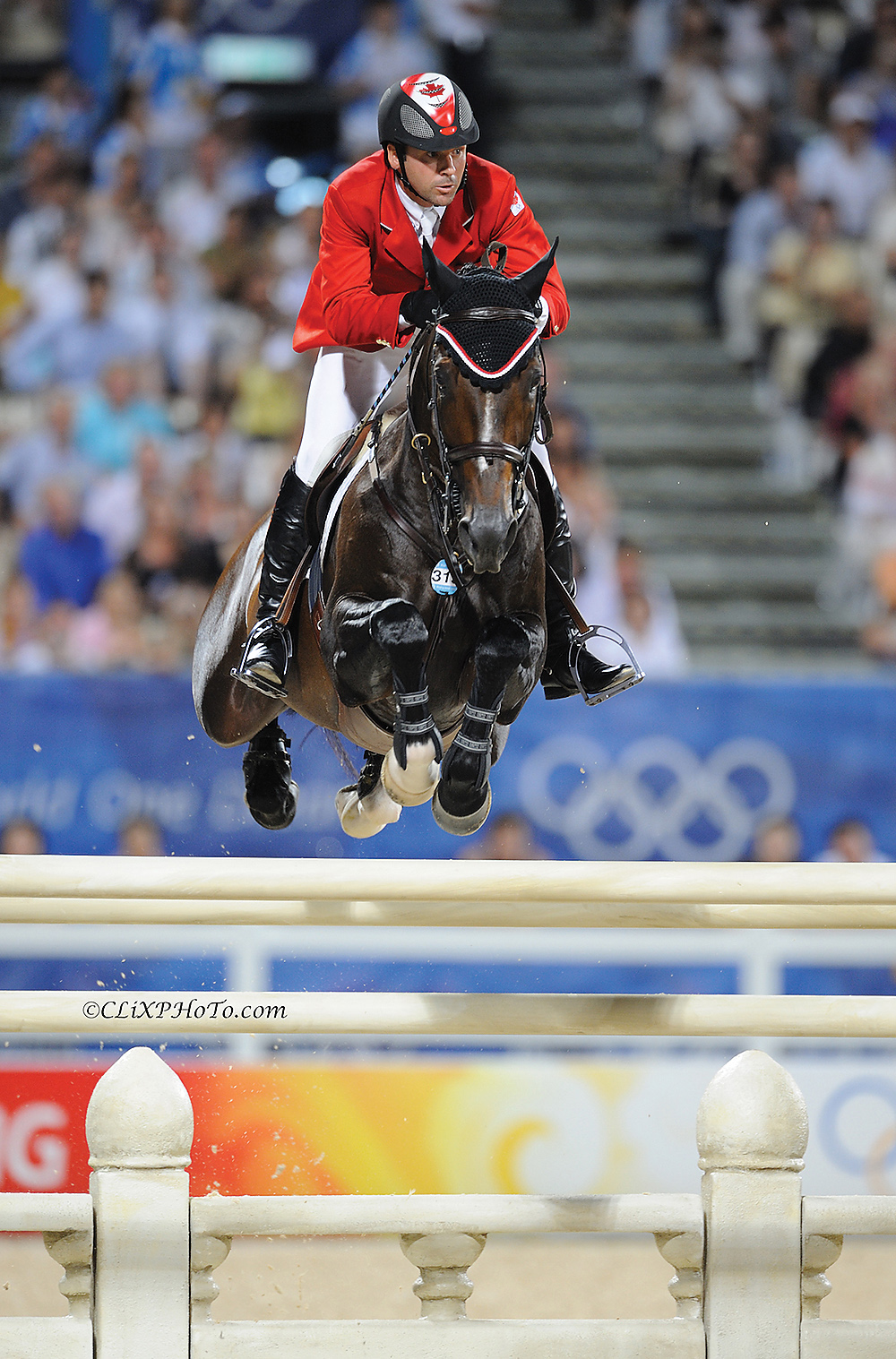 “It is an honour for myself and Hickstead to be recognized for our achievements by Canada’s Sports Hall of Fame,” said Lamaze, 52. “I’m especially happy for Hickstead. In our sport, it takes two athletes, one human and one equine, working together and in Hickstead I found a true partner. It’s wonderful that his accomplishments are being recognized for the great athletic feats that they were.

“Together, we were proud to represent Canada on the world stage,” continued Lamaze. “My sincerest thanks to all who supported this nomination and made it possible. I gratefully accept this honour on behalf of all of our supporters, our fans, and our great nation.”

In addition to being inducted into Canada’s Sports Hall of Fame, Lamaze will receive the Order of Sport, Canada’s highest sporting honour.

Due to the COVID-19 global pandemic, the Canada’s Sports Hall of Fame induction ceremony, traditionally held each October in Toronto, ON, will not take place in 2020. Rather, it will be deferred for one year, making Lamaze and Hickstead part of the class of 2020/21.

Lamaze and Hickstead will be the second horse-rider combination ever inducted into Canada’s Sports Hall of Fame, following Ian Millar and Big Ben’s induction in 1996.

Hickstead (Hamlet – Jomara x Ekstein) was bred in The Netherlands by Jan van Schijndel and born on March 2, 1996. Lamaze purchased the Dutch Warmblood stallion in 2004 through Stephex Stables in Belgium and owned him in partnership with John Fleischhacker’s Ashland Stables of the United States. Prior to his tragic death during competition in Italy in 2011, Hickstead earned more than $3 million in prize money during his career with Lamaze and was widely considered to be the best show jumping horse of his era.

Having competed at the 2008 Beijing, 2012 London, and 2016 Rio Olympics, Lamaze is now focused on representing Canada at the rescheduled 2020 Tokyo Olympic Games. He owns and operates Torrey Pines Stable, a large show jumping training and sales business with bases in Wellington, Florida, and Brussels, Belgium, where he trains many students from various nationalities at the elite level. For more information, visit www.ericlamaze.com

For more information on Canada’s Sports Hall of Fame and the class of 2020/21, visit www.sportshall.ca