COVID-19 A Catalyst for Future Plans

Then, along comes COVID-19. More than 67 percent of her income evaporated overnight.

When a horse person says they’re retiring, you can assume that they will still be working, just doing something different. For Margaret Godson, COVID-19 was a catalyst, pushing ahead retirement plans that were already in the works.

Her stable, Myrddin Equestrian, came into being in 1978. At first, Margaret catered to pony club and A-circuit hunters while continuing to event her own horses. Through the 80’s, Margaret focused more on eventing, introducing a working student program, alternative therapy treatments and centered riding to her students, expanding to over 70 horses.

In the 90’s her number of adult clients and recreational riders increased; in 1999 she moved to Erin and began to focus more on improving connections with the horse, staying on the leading edge of equine therapies such as Emotional Freedom Techniques (EFT), commonly known as ‘tapping’, while continuing to showcase eventing. 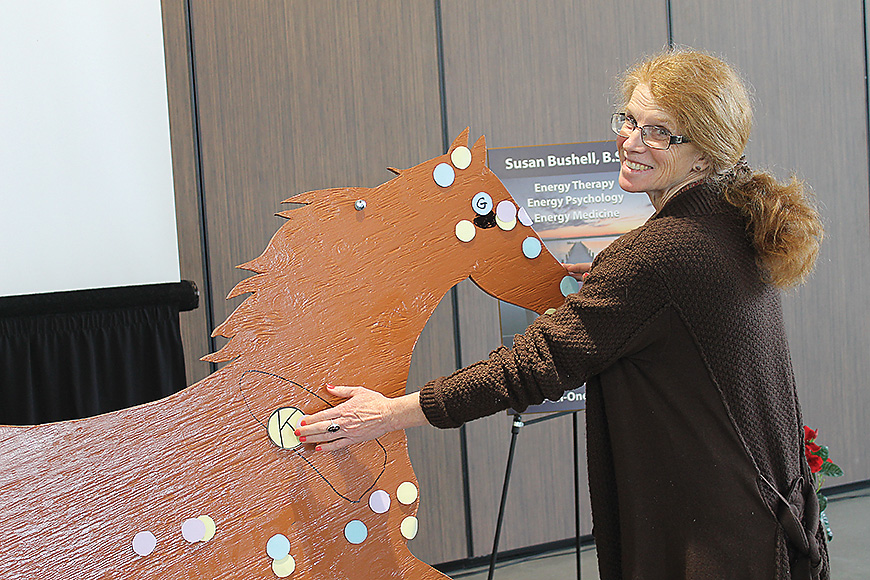 As a tenant at her current location, Margaret has been working through, “a rough couple of months.” The property changed hands at the beginning of the year, leaving her with all of the maintenance duties that the previous owners had addressed. When she added all the extra physical work on top of teaching 25 to 30 hours a week as well as the administration of the farm and trying to ride a few horses, even with the help of staff it was becoming a huge burden.

Then, along comes COVID-19. More than 67 percent of her income evaporated overnight. The business is cyclical, she explained. April and May, October and November are the biggest lesson income months that carry the rest of the year. She still had to pay staff to look after the horses. Yes, she said you can borrow $40K from the government, which would keep things running for 3 ½ months, but the losses would be greater than that and you still had to pay that back.

That left her eyeing up her retirement income to keep Myrddin afloat but Margaret was reaching the point of exhaustion. The horses in her care are show horses: clipped, blanketed, working hard; throwing them out with a round bale wasn’t an option.

Drawing on her experience, Margaret knows that she’ll get through this. When she started out, Northern Telecom ‘crashed’. She lost half of her business overnight when her clients lost their jobs. It took two years to recover. She knows that it will take at least that long to recover from COVID-19. She was also instrumental in fighting the MPAC decision that deemed riding establishments to be considered as commercial instead of residential, a move that would have caused huge hardship to the equine industry in Ontario. This experience has helped her to look rationally, to not make a “panic decision” in the face of the current pandemic.

For her, the plan has meant joining forces with another barn so that they could both keep going. She is currently relocating 12 show horses to another stable whose clientele was halved by the COVID-19 restrictions, filling their empty stalls. Margaret has re-homed her schooling horses to people who love them and for her two oldest ‘schoolies’ have found well-deserved retirement homes as “lawn mowers”.

Despite a history of protectionism in the equestrian world, Margaret predicts that a unified industry will be the key to survival, advising other equestrians to, “form relationships that could help both parties.”

She is looking ahead to when a vaccine for COVID-19 is developed as a reasonable timeline for some sort of ‘normal’ to return. “That’s the only timeline we have. In between, anything can happen. No one knows what they’re income is going to look like.”

Meanwhile, Margaret, a certified Level 3 eventing coach, will ‘retire’ to freelance coaching and developing a small EFT practice. “Tapping requires a lot of energy to do,” said Margaret. Now that she doesn’t have to run a barn, that extra time and energy will be available.