Roy Ionson – A Story or Two

Originally published in the April 2021 Edition of The Rider 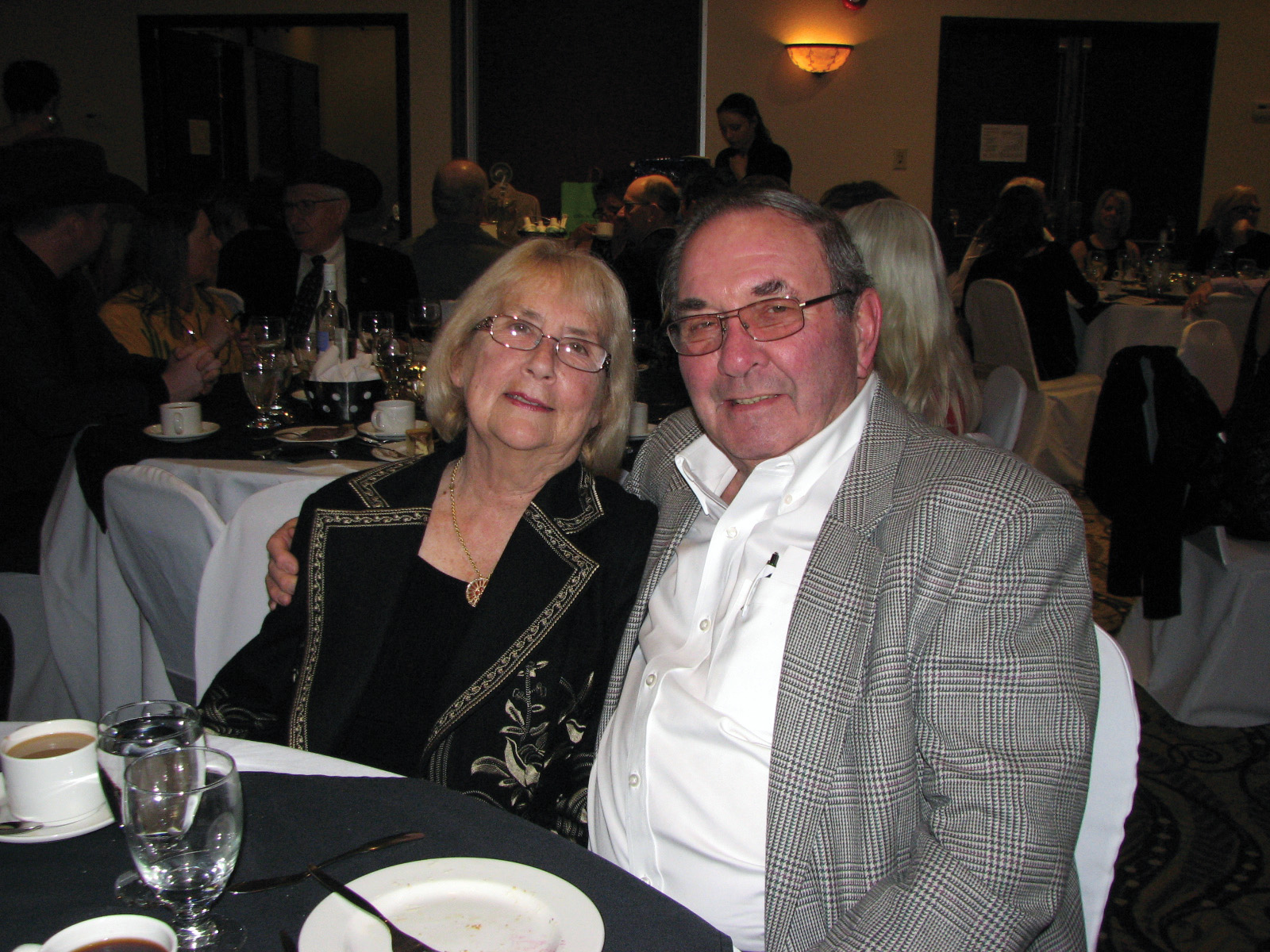 Tuesdays were usually a good day to catch Roy Ionson at his tack shop in Chesley. The coffee pot was always on while Buddy the Jack Russell waited for a convenient lap to sit on. The store is sold now, selling saddles under the new banner of The Sliding Stop Tack Shop, and now Roy has left us too. He passed peacefully on Sunday March 21, 2021, at the age of 89.

There aren’t many in the western horse world in Ontario who don’t have a story to tell about how they met Roy. Any visit was sure to take a few more hours than you planned, even if you planned for a few hours. Most of the time, Joan, his wife of 63 years, was at his side. They joked that they could earn a living off blackmail after all the stories they heard in the store.

Joan - Our little cutting horse, Blue Hornet, was certainly a horse of a different colour, wasn’t he?

Roy - Oh, ya. I’ve never seen another like him. Usually a grulla horse has black points. He had four stocking legs. Four big white legs and a big white stripe down his face. And no halter horse! (Roy laughed a hardy laugh)

Joan - Looked like they’d thrown a few used parts together and made a horse.

Roy – But he was quite a horse.

Joan – Anyway, Roy took him to England in 1954. Did you discuss this? Roy took, how many horses to England?

Roy – Twenty-five in total. We went over to put on a show. In Blackpool.

Joan - They had a big showground there, what was it called?

Roy - The Royal Lancashire. We were going to be the attraction. Anyway, it turned out to be a disaster. Got there and the company didn’t have any money. They had all the steel up to build the buildings but they couldn’t go any further. The company came and tore them all down. 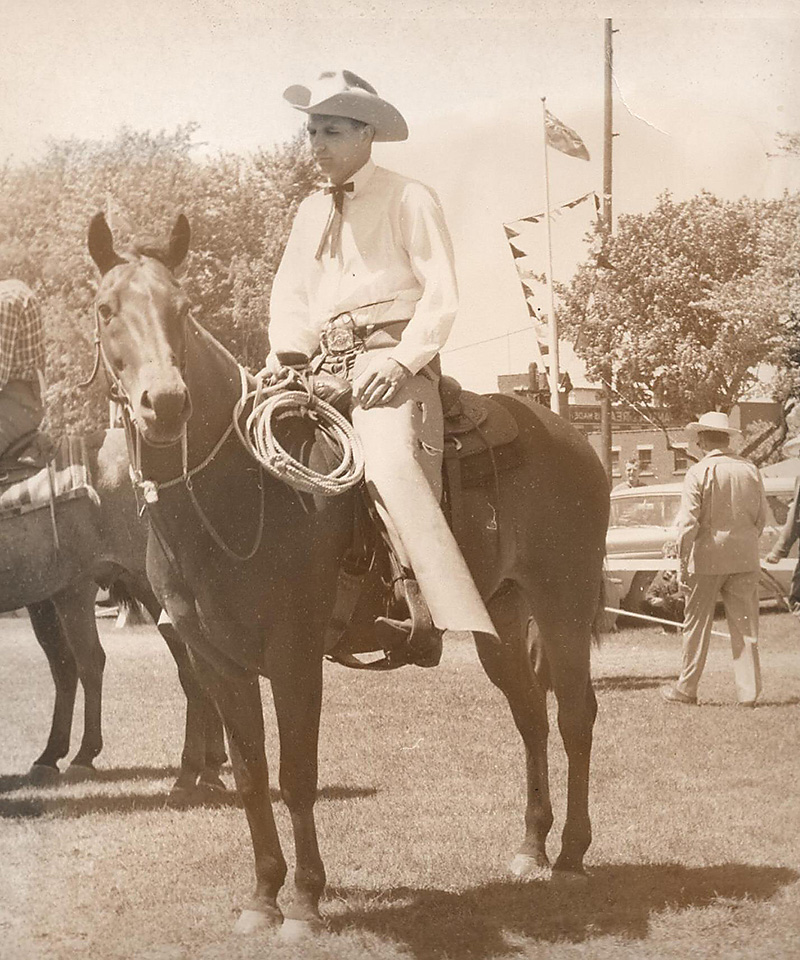 Roy – My 10 horses went on a boat, I flew, they got over there on Cunard Steamship Lines. And they had assured me that everything was paid and everything was fine before I loaded a horse in Montreal. I said to the Cunard representative, there’s not a horse leaving this property unless I know everything is paid for. Everything’s fine. Okay, let’s go. Well, they docked in Liverpool and the cheques had bounced and they were going to seize our horses. There was a line-up of what they called ‘lorries’ to take these horses and the owner of the trucking company, Hughie, said if you can get these horses out of here I’ll take you to wherever you want to go. They’re not going to grab these horses on you. Hughie had my stud in one hand and this crabby old mare squealing and squawking in the other and he led them straight at the gate guards and the guards just peeled back and let them out. 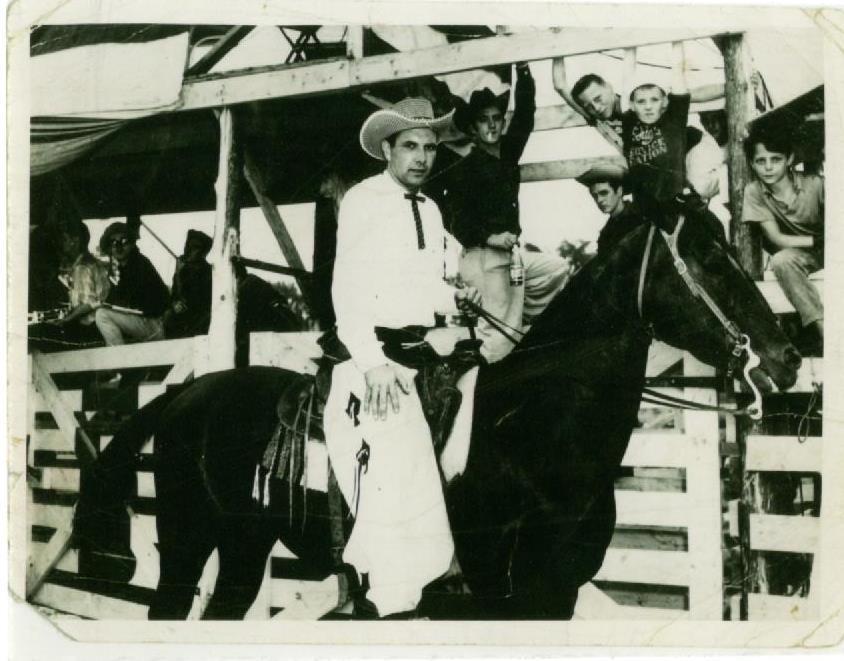 (You cut it out, don’t be such a pest, Roy says to Buddy, getting up to pour another coffee.)

He went on to talk about how he had grown up on a fruit and vegetable farm, graduating from the Ontario Agricultural College in 1951. He worked as a salesman for Goodyear Tire and Rubber Company until he just quit one morning, coming home to announce to Joan that he was going into the horse business.

Roy had been buying and selling horses for a time before he was married, partnering with Leroy Kufske at the Bar 11 Ranch. Leroy wanted to buy this grey mare but he didn’t have the money. “So, I said, I’ll tell you what I’ll do: I’ll put up the money and we’ll buy her and sell her. And we bought her, sold her the same week to Bill Western (as I say, don’t ask me what happened ten minutes ago but I can remember that). There’s Bill Western, in that picture, Slim Noseworthy, and Leroy Kufske. (Roy points to one of the many photos on the wall behind the counter). And that’s how I got into horse trading. We took that money and we bought a QH mare that came for sale and that week we sold her to Don Nye. Evan’s Lucille. Lucy. We called her Goosy Loosy.”

We didn’t get to the stories of how Roy had worked on a ranch in Montana for a year, or how he ended up in the tack business, although that seemed like a natural fit for the pair after dealing horses from their Georgetown farm, first living in Clarkson after they were married in 1958, then renting in Erindale before buying their own place. They lived in Acton for a while, dealing saddles out of their garage, before moving to Chesley. 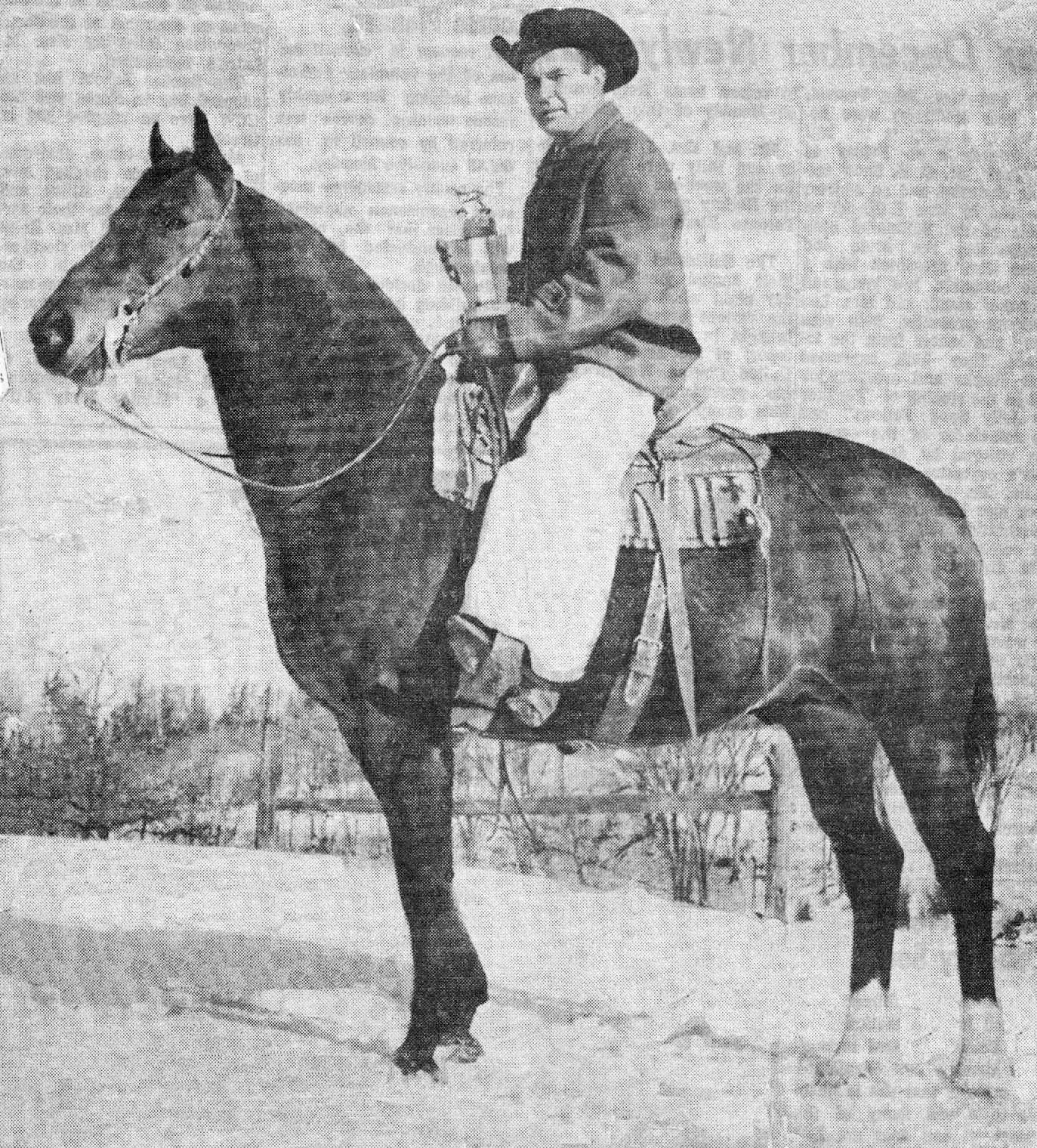 As for Joan, he had no idea how she had caught his eye, saying only that “she was most likely forward”. Their first meeting was when she dropped off a horse to him with Herb Towers. “It was terribly romantic and it had a horse in it, like everything else ever since.” They dated for three years until they married in 1958.

Roy was the founder of the Ontario Rodeo Association Ontario which started at a Dundas Rodeo that had attracted 26,000 people over three days. “That’s where I called the first meeting around the campfire on a Saturday night,” he remembered.

He also founded the Ontario Quarter Horse Association, which grew to 1,000 members in its heyday, as well as serving on the Western Horse Association of Ontario board for several formative years, first as Treasurer (“I was green as grass at that first meeting, at 19 years old”), then six years as President. He was inducted into the Ontario Quarter Horse Hall of Fame in 1998.

Roy briefly dabbled in Quarter Horse racing with a homebred horse named Top Azure Rocket. He won the first major stakes race at Picov Downs, now known as Ajax Downs, called the Rags to Riches, with a $25,000 purse. That was the biggest Quarter Horse race in Canada at that time. Roy, a good friend of Norm Picov, was a director with QROOI for a while. (The phone rings.) “Well, that’s been quiet this morning. There’s usually someone in for coffee,” said Roy, as he stood up to answer it.