First in the order of go, Fraser-Beaulieu and All In made a dramatic entrance to the resounding lyrics of Celine Dion’s “I’m Alive”. 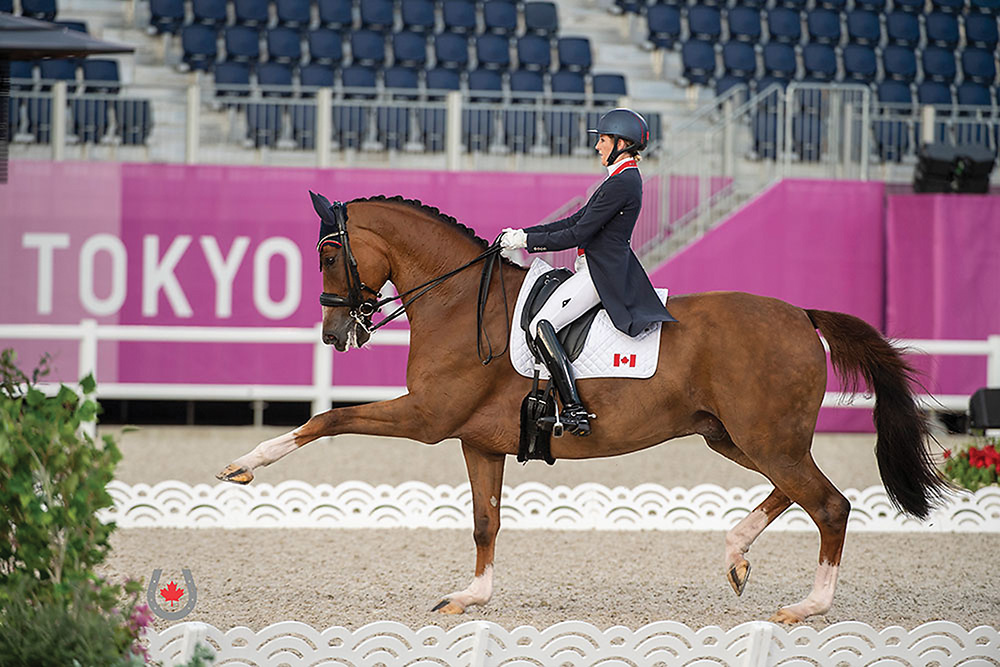 Tokyo, JPN, July 28, 2021 – Brittany Fraser-Beaulieu of Saint-Bruno, QC, and All In (Tango x Damiro), whom she owns with father, Craig Fraser and husband, Marc-Andre Beaulieu, made Canadian history in the Dressage Individual Grand Prix Freestyle, held July 28, 2021, at the Tokyo 2020 Olympic Games in Japan.

After executing a clean test in July 25’s Grand Prix and Team and Individual Qualifier, Fraser-Beaulieu, 32, and the 16-year-old Dutch Warmblood gelding sat just outside the top 18 moving on to the Freestyle, which decides the individual medals. But when Adrienne Lyle and Salvino of the United States withdrew during the morning’s horse inspection, Canada’s leading combination found themselves suddenly back in medal contention with just hours to go until competition.

First in the order of go, Fraser-Beaulieu and All In made a dramatic entrance to the resounding lyrics of Celine Dion’s “I’m Alive”. Their freestyle music, designed by Joost Peters, featured clips from the Canadian songstress that set a spirited, upbeat tone to match the presence the dark chestnut commanded in the ring.

“We wanted the beginning and end to really highlight the extended trot and the passage on the entry,” said Fraser-Beaulieu of her accompaniment. “We have the music set to show off All In’s power but also make him look a little bit lighter-footed at the same time. I think the music really suits him and when he gets in there, he thrives off the music and it’s so fun to feel that.”

Strong extensions in the trot and canter, a smooth pirouette and an above-80% score for artistry led to 18th place with a final score of 76.404% for the duo. This breaks the previous record for highest Canadian score in an Olympic Freestyle: 71.450%, set by Fraser-Beaulieu’s coach, Ashley Holzer, at Beijing 2008.

Speaking of her partner of 11 years, Fraser-Beaulieu added, “All In brought me to Pan Ams, the World Equestrian Games and the Olympics. He’s brought me to so many Nations Cups teams. He was the top horse on every team he was on. He’s like family; he’s going to be with me forever.”

“I am just so proud and elated for Brittany, All In, Ashley and groom, Katie Hess,” said Christine Peters, Canadian Dressage Team Chef d’Équipe. “What this team accomplished on the biggest stage in their first Olympic Games experience is a moment to cherish forever. With how high their artistry and final scores were tonight, I cannot wait to see this combination join the 80% club. It’s only a matter of time.” 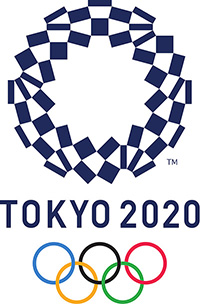 Up next for the Canadian Equestrian Team in Tokyo will be the eventing competition, which begins with day one of the dressage phase on July 29 at 7:30 p.m. EST.

For more information on equestrian events at the Tokyo 2020 Olympic Games, including the full schedule of equestrian competition and results, please click here.

PHOTO – Brittany Fraser-Beaulieu of Saint-Bruno, QC, and All In posted Canada’s highest-ever Olympic Freestyle score, 76.404%, in the Dressage Individual Grand Prix Freestyle, held on July 28, 2021, at the Tokyo 2020 Olympic Games.