“It’s with great sadness that I am making this decision,” said Lamaze.

Wellington, Florida – Canadian Olympic champion Eric Lamaze has announced, with regret and sadness, that he has officially retired from show jumping competition. 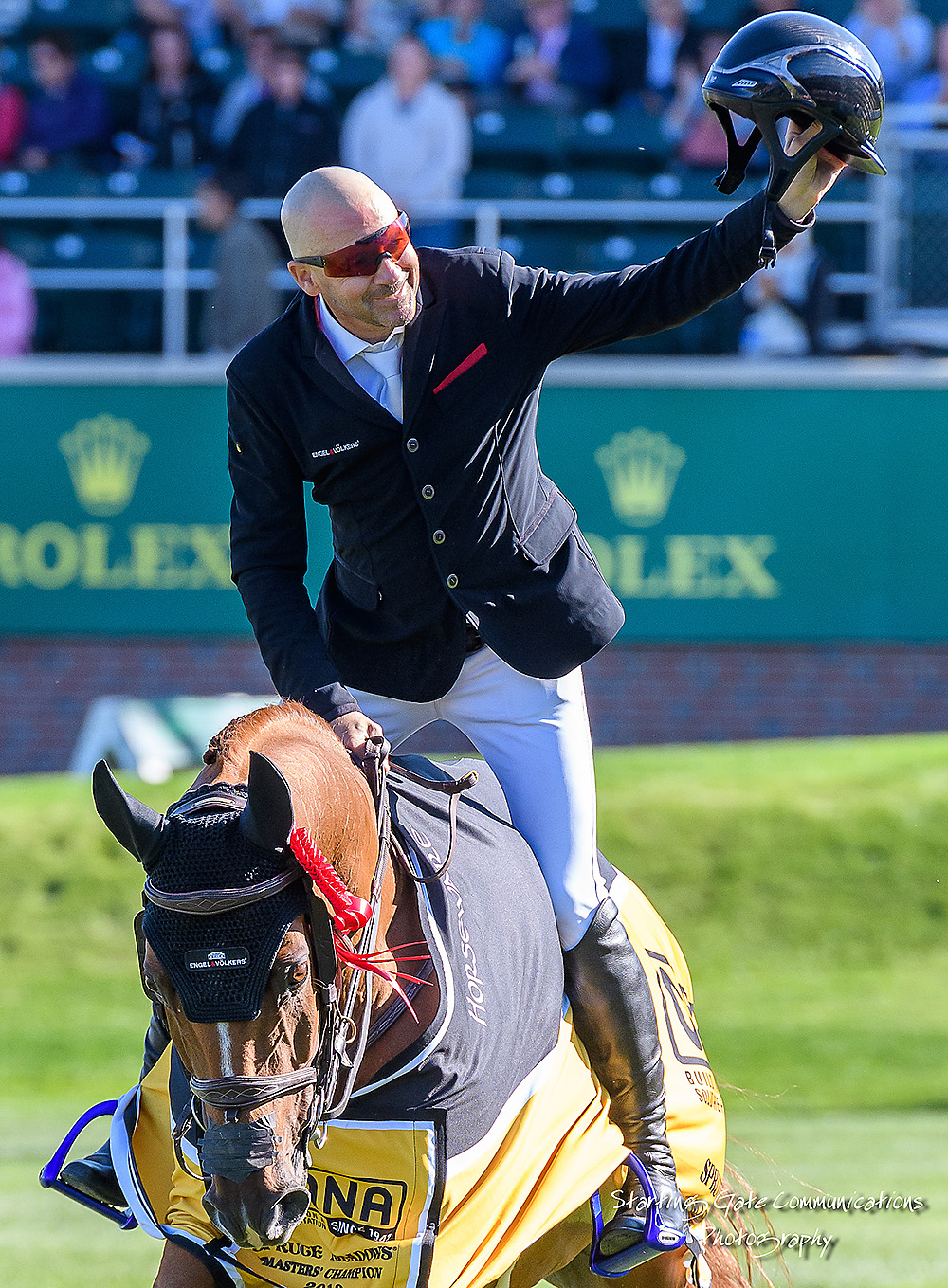 Lamaze, who has been battling brain cancer since 2017, last competed at the CSIO5* Spruce Meadows ‘Masters’ tournament in Calgary, AB, where he anchored the Canadian Show Jumping Team to victory in the $600,000 Bank of Montreal Nations’ Cup on September 11, 2021. He then took a step back from competition to focus on his health, not knowing his last competitive appearance would be on home soil at his favourite venue, Spruce Meadows, where he is the all-time leading money winner with career earnings exceeding $6.7 million.

In February of this year, Lamaze was appointed to the position of Technical Advisor, Jumping, which includes acting as chef d’equipe for the Canadian Show Jumping Team, by Equestrian Canada (EC), the national federation for equestrian sport.

“It’s with great sadness that I am making this decision,” said Lamaze, 53, who is based in Wellington, FL, and Brussels, Belgium. “There’s a part of me that feels really upset that I’ve been battling cancer with the hope of riding again and I’m crushed that that won’t be the case. I’ve always said that I will retire under my own terms when the time is right. The situation with my health has forced me to make the decision earlier than I had envisioned, but the silver lining is that I still have the will to win and can contribute to the Canadian team and the sport I love through my new role as chef d’equipe.

“Now I have to turn my focus to giving my knowledge back to my fellow riders,” continued Lamaze. “I’ve always loved teaching and preparing horses and riders for major championships. I will give these riders every opportunity I ever had myself and I have great ideas for the future. I want every Canadian rider to know that their dreams are my dreams, too. When they win, I win.”

Since taking over the position of chef d’equipe, Lamaze has guided the Canadian Team to second-place finishes in both the CSIO4* Nations’ Cup in Wellington, FL, on March 5, 2022, and the CSIO5* Longines FEI Jumping Nations Cup™ in Coapexpan, Mexico, on March 20, 2022. Given his proven track record as both an Olympic athlete and trainer, combined with his personal popularity, there has been an enormous swell of excitement and team spirit among Canada’s high performance athletes and supporters as a whole. “The new role has been much more time consuming than I first imagined, but I love the energy that we’re creating and the path we’re heading down,” said Lamaze. “The excitement among the Canadian riders and the support they’ve given me has helped to make my decision much easier. What I’m giving up personally by not competing I’m gaining ten times over by leading other Canadians on their journey to success. Yes, it’s bittersweet, but knowing that I can still make huge contributions to the sport in another role leaves me at peace with my decision.”

As Canada’s most decorated equestrian athlete, Lamaze’s competition record is both long and impressive. Since first being named to the Canadian Show Jumping Team in 1992, Lamaze has won medals at every major games during his 30-year career. His crowning achievement was winning individual gold and team silver medals in his Olympic debut at the 2008 Beijing Olympic Games riding Hickstead, followed by an individual bronze medal at the 2016 Olympic Games in Rio de Janeiro, Brazil, aboard Fine Lady 5.

Lamaze also competed at the last seven consecutive World Equestrian Games between the years of 1994 and 2018, winning an individual bronze medal at the 2010 edition in Lexington, KY, where Hickstead was honoured with the title of ‘Best Horse.’ He also represented Canada in five consecutive Pan American Games and led Canada to the team gold medal on home soil in his last appearance in 2015 in Toronto, ON.

Having been ranked the number one rider in the world on several occasions, contested six World Cup Final titles, and having won every major grand prix title around the world, Lamaze’s contributions to his country and his sport both nationally and internationally are enormous. In 2021, Lamaze was awarded the Order of Sport, the highest recognition an athlete can receive from their country, and he and Hickstead were inducted into Canada’s Sports Hall of Fame.

“There are so many people to say thank you to for my career, especially the owners who I will personally thank for trusting me with their horses,” concluded Lamaze. “I’m so sad to be making this announcement, it’s one of the hardest things I’ve ever had to do, but I am excited at the same time to still be able to play a role in the sport I love.”

“On behalf of Equestrian Canada, I would like to congratulate Eric on his retirement as a competitor and thank him for his unwavering dedication and passion for equestrian sport over the past three decades,” said Meg Krueger, Chief Executive Officer of EC. “His many unmatched achievements are an enduring legacy for Canadian show jumping history. We are saddened that we will no longer experience the joy and excitement of watching Eric compete as an athlete but look forward to his contributions and success in leading our Canadian Show Jumping Team into a bright future.”