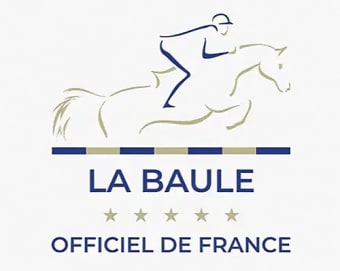 “He was spectacular all week and didn’t put a foot wrong,” said Underhill.

La Baule, France – Canadian Olympian Beth Underhill of Mulmer, ON, won the €500,000 Rolex Grand Prix of La Baule on Sunday, May 8, to close out the CSIO5* International Jumping La Baule in France.

On Friday, Underhill delivered double clear rounds to lead Canada to a third-place finish in the €250,000 Nations’ Cup riding Dieu Merci van T&L. The pair carried their form into Sunday’s €500,000 Rolex Grand Prix where they again jumped clear in the opening round of competition to join 11 other riders who qualified for the second round. 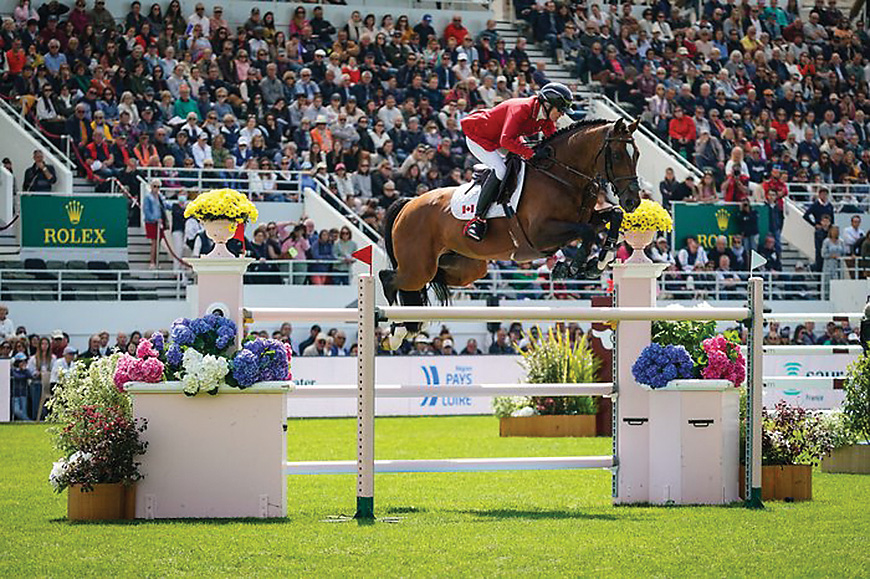 Underhill and Dieu Merci van T&L tackled the second-round course set in the François André Stadium by French course designer Gregory Bodo and delivered yet another clear round in a time of 43.77 seconds to put the pressure on those who followed. None were able to catch her time and leave all the rails up, giving the win to Underhill and the 13-year-old Belgian Sport Horse stallion (Toulon x Corrado I) owned by the Rein Family LLC and Torrey Pines Stable Inc. Yuri Mansur of Brazil riding Vitiki was the only other rider to produce two clear rounds, but his slower time of 45 seconds left him in second. There was a tie for third place when both Pierre Marie Friant of France riding Urdy d’Astree and Belgium’s Gregory Wathelet riding Nevados S counted four faults in the exact same time of 41.66 seconds.

“He was spectacular all week and didn’t put a foot wrong,” said Underhill of her winning mount. “He gave me everything he had without question and felt better every round.”

Underhill, who operates her own Beth Underhill Stables training business in King City, ON, began riding horses for Eric Lamaze at the beginning of this season when health issues forced the 2008 Olympic champion to take a step back. Lamaze has since formally announced his retirement from the sport but has taken up his new role as chef d’equipe of the Canadian Show Jumping Team with gusto.

Underhill, 59, recounted, “When I went in the ring for the second round, Eric said, ‘It’s yours to take.’ It galvanized me. I thought about all that Eric has done for us and has given me a renewed opportunity at this stage in my career. All the Canadian riders wanted to make this week count. I wanted to hold my own and put into practice all the things that we had been working on. I wanted to do it for Eric. To have a result like this is thrilling.”

Dieu Merci van T&L was acquired in the summer of 2020 and is owned in partnership between Lamaze’s Torrey Pines Stable and Mark Rein and Tara Dow-Rein’s Rein Family LLC. Prior to La Baule, Underhill had only competed the horse during two weeks of competition in March at the Winter Equestrian Festival in Wellington, FL.

“Mark has been texting after every round encouraging us; we couldn’t ask for better owners,” said Underhill of the 2021 Equestrian Canada Jumping Committee’s ‘Owner of the Year.’ “I grew up riding with Mark years ago as a junior. He is a Canadian and someone who loves the sport. We are so appreciative that he and Tara have brought their support to this level, and all that they’ve done to get us to this point. I’m very thankful to have a horse at this level.

“To watch the Canadian flag being raised and hear the anthem being played was an emotional moment, with the whole team there supporting us,” continued Underhill who represented Canada at the 1992 Olympic Games in Barcelona with Monopoly. “To be part of a competition like La Baule is a dream come true for me. The crowd was electric and so supportive of the Canadians. Because of Eric’s history with the show, I think they have a soft spot for Canadians. It was an incredible week. We did what we came to do.”

Lamaze has won the Grand Prix of La Baule on three occasions, in 2007 and 2011 riding his Beijing Olympic individual gold and team silver partner, Hickstead, and again in 2014 aboard Powerplay.

“As Canadians, we couldn’t be happier; Beth continued the form she had in the Nations’ Cup,” said Lamaze. “It was an excellent course. It was a big grand prix track that was built with a lot of thought behind it. Beth was fast enough in the second round but not fast enough to do something stupid. She did what she needed to do at that stage of the class, and it worked out for her. Beth looks strong on that horse and winning the Grand Prix of La Baule is a major achievement in your career.

“I'm proud not only of Beth for the win, but for the entire Canadian team and their attitude, the way that they handled everything and supported each other this week,” continued Lamaze. “Competing in Europe is something I’ve done by myself for so many years; we eventually managed to get some teams over here, but it was never properly organized. This week shows that good things are to come for Canada.”

“This morning I was walking through the vendor area and I came across the place where they have all the plaques of the past winners,” concluded Underhill. “I saw that Canada had won the Nations’ Cup in 1970, and that Eric had won the Grand Prix twice with Hickstead and again with Powerplay. I thought to myself, ‘wouldn’t it be magical to be part of that hallowed group?’”

During the event’s 61st edition, Underhill and Dieu Merci van T&L have indeed written their names in the history books of La Baule.

For more information on CSIO5* La Baule and full results, including video footage of Underhill’s winning round, visit www.labaule-cheval.com.