Erynn Ballard of Tottenham, ON; Kara Chad of Calgary, AB; Mario Deslauriers of New York, NY; and Eric Lamaze of Wellington, FL, took on nine other countries in the richest show jumping team competition held in North America. For the second year in a row, Canada finished in the runner-up position with a total of 14 faults. 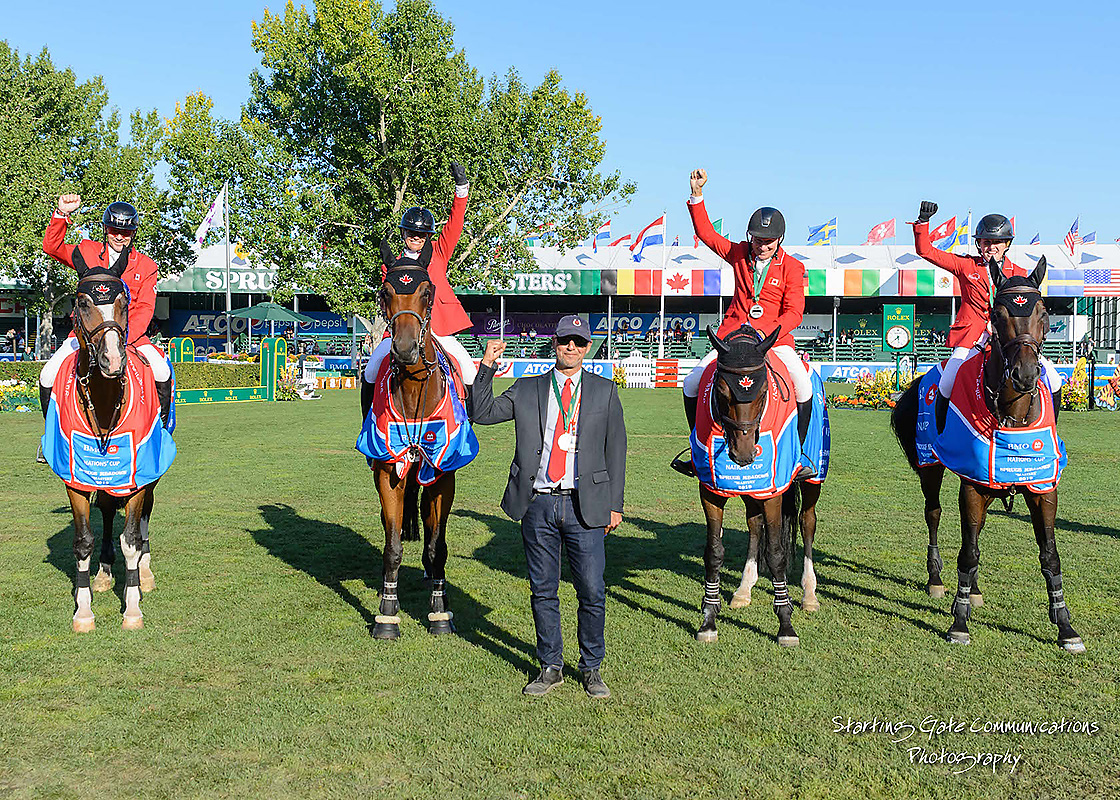 Belgium, the newly crowned European Champions, won in convincing fashion with a total of four faults. With victory sewn up after its first three riders posted clear performances in the second round there was no need for anchor rider Yves Vanderhasselt to return for a second time. Ireland took third with 19 faults; Sweden was fourth with 20 faults; Mexico fifth with 25 faults; and France was sixth with 53 faults. Only the top six teams returned for the second round with defending champions Germany failing to make the cut. The United States, the reigning World Champions, also failed to advance while the Netherlands and Italy were also left on the sidelines.

As Canada’s lead-off rider, Deslauriers had the opening element of the BMO triple combination down with Amsterdam 27, a nine-year-old Holsteiner gelding (Catoki x Acord II) owned by Luja LLC and Wishing Well Farm LLC. The fence would prove to be the ‘bogey’ element of the day, falling more often than any other element on course designer Leopoldo Palacios’s tough track. The pair returned to jump clear the second time out, keeping Canada in the hunt for a potential third title in the event that has been held annually since 1977. 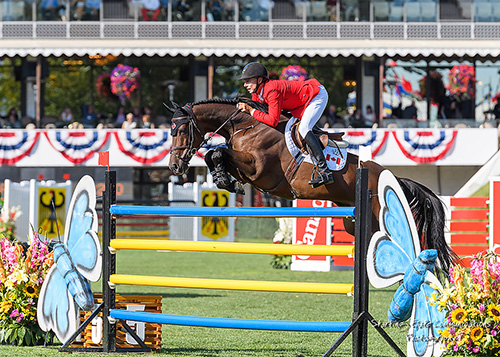 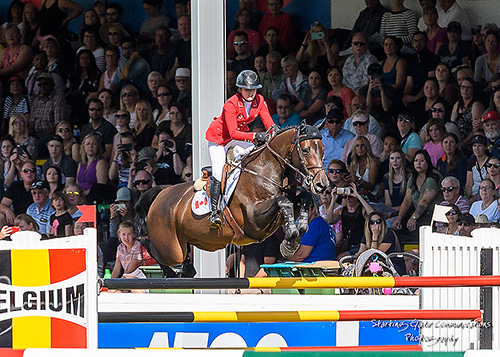 Chad debuted a new mount, Quidamo F, a nine-year-old Swiss Warmblood gelding sired by Quality 9 and owned by Stone Ridge Farms LLC, in Nations’ Cup competition in front of her hometown crowd. The 23-year-old had a rail at the double combination at fence five but quickly recovered to successfully jump the open water and continue home with the rest of the rails in place, albeit with one time fault for exceeding the 73-second time allowed. 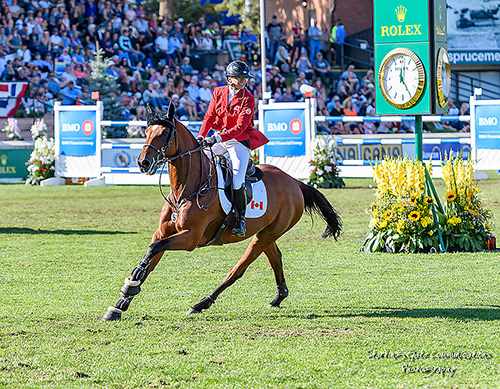 Fresh off their double clear performance in the team competition at the recent Pan American Games in Lima, Peru, Ballard and Fellini S were next in the order for Canada. After having rails at 11 ‘a’ and at the final fence, Ballard and the nine-year-old Dutch Warmblood gelding (Vermont x Rash R), owned by Ilan Ferder, jumped clear the second time out, only getting caught by the clock for one time fault.

Lamaze, the 2008 Olympic Champion, anchored the team with a clear in the first round and four faults in the second when the Canadian plank fence fell. Having ridden Chacco Kid to victory earlier in the day in the $133,700 Suncor Energy Winning Round, Lamaze saddled Coco Bongo, a 14-year-old Rheinlander gelding (Caretino x Calido) owned by Artisan Farms and Torrey Pines Stable, for the BMO Nations’ Cup.

Dropping Ballard’s score in the opening round and Chad’s in the second, Canada incurred a final score of 14 faults to finish runner-up for the second year in a row.

“It was a great team effort from all our riders; they all contributed,” said Mark Laskin, chef d’equipe of the Canadian Show Jumping Team. “Everyone really pulled together. There is no shame in being second to the European Champions. 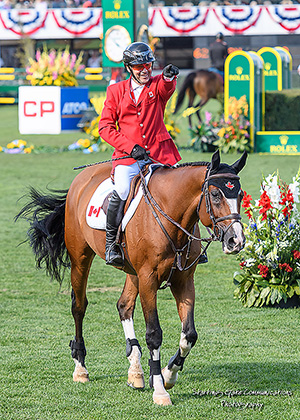 “I’m very excited about our prospects,” continued Laskin of Langley, BC. “We had three nine-year-old horses jumping today in big league competition. Spruce Meadows is very impressive. The questions just kept compounding, and all of our horses improved in the second round and found the answers. I’m thrilled, and it bodes well for the future of our team.”