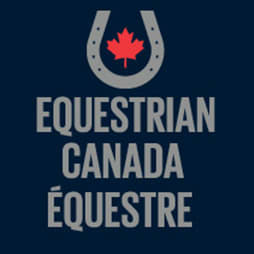 “I’m thrilled with the start of the season. Degas was so happy to be back at Global,” said Irving

Canadian dressage athletes set the stage for a dominant 2020 show season during the first week of the Adequan Global Dressage Festival (AGDF) CDI-W and CPEDI 3*, crowding the leaderboard from Jan. 9-12 in Wellington, FL.

The prestigious 12-week competition draws Canadians to make the annual pilgrimage for the chance to test their mettle against some of the best dressage combinations in the world. And with the 2020 Tokyo Olympics and Paralymics fast approaching, the entries from the north made sure to bring their ‘A’ game.

In their first international appearance since contributing to Canada’s team gold medal at the Lima 2019 Pan American Games in Peru, Jill Irving of Moncton, NB, and Degas 12 (De Niro 6 x Regazzoni) set the tone right off the bat. On Jan. 9, they secured first place in the CDI-W Grand Prix, dancing to a score of 70.391%. 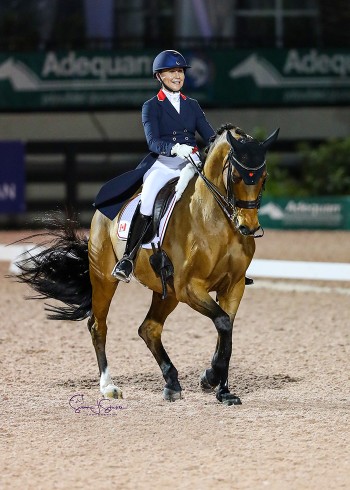 “I’m thrilled with the start of the season. Degas was so happy to be back at Global,” said Irving of the 18-year-old Hanoverian gelding she owns with Windhaven Farm, who is in his seventh season showing at AGDF. “Degas and I were fortunate to be on the Canadian Dressage Team that won the gold medal at the Pan Am Games this past July. After that, we came home to New Brunswick and relaxed. Degas was turned out in our lovely paddocks and was a real horse!”

After a bit of rest and relaxation, Irving felt ready to pick up the reins and focus on her next target with Degas 12: “I’ve dreamed about competing at the Olympic Games since I was a child. That would be an awesome goal to achieve this year.”

Less than a percentage point behind Irving in the CDI-W Grand Prix sat Brittany Fraser-Beaulieu of Saint Bruno, QC, in her second FEI competition since welcoming a baby in the summer of 2019. Aboard her veteran partner, All In (Tango x Damiro), a 15-year-old Dutch Warmblood gelding that she co-owns with her father, Craig Fraser and husband, Marc-Andre Beaulieu, she posted a score of 69.435% to claim second place. Irving’s Pan Ams teammate, Naima Moreira Laliberté of Outremont, QC, stayed close behind in third. She scored 68.717% with Statesman (Sandro Hit x Brentano II), a 13-year-old Hanoverian gelding owned by KML Inc.

The next day, the trio returned for a repeat performance in the CDI-W Grand Prix Freestyle. Irving upped the ante with Degas 12, recording a personal best score of 76.060% to once again earn the blue ribbon. She commented, “The personal best score was great to report back to my husband, as he’s a numbers guy and has been my support for 33 years.”

Fraser-Beaulieu and Moreira Laliberté also cracked the 70s, scoring 75.740% for second and 75.645% for third, respectively. 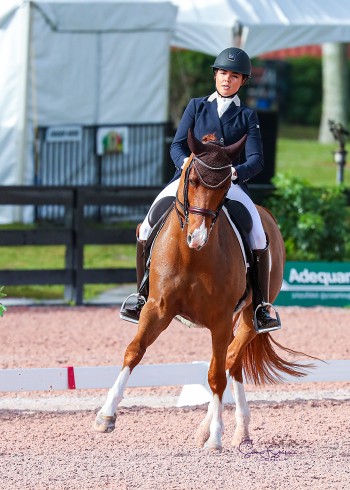 Canada’s big tour success was mirrored in the small tour, with Ariana Chia of Winnipeg, MB, bearing the red and white standard. She earned consecutive wins partnered with Fiderflame (Fidertanz x Abanos), the 10-year-old Oldenburg gelding she has developed up the levels since foalhood. They first topped the CDI 3* Prix St. Georges on Jan. 9 (71.470%), followed by the next day’s CDI 3* Intermediate I (69.500%). The final day of competition on Jan. 12 saw the duo’s highest score yet, 72.850%, putting them in second for the CDI 3* Intermediate I Freestyle.

“We have been schooling a lot of the Grand Prix at home, so his strength and stamina have developed a lot,” said Chia of her confident chestnut. “I now feel that the small tour is much easier for him than last year, and he’s much more expressive and comfortable with the tests.”

Chia continued, “One of my main goals for 2020 is to be on the Nations Cup team. I would love to start the Grand Prix with Fiderflame this season, as well. He is feeling stronger every day and is very naturally talented for the piaffe/passage work, so I think he will really excel in the big tour.”

Making an impressive AGDF debut at the Under 25 (U25) level was Mathilde Dumas of Saint-Lambert, QC. She piloted Patronus (Heslegard’s Plantin x Heslegards Louis), Johanne Dube’s 17-year-old Danish Warmblood gelding, to a pair of second place finishes. In the CDI-U25 Intermediate II on Jan. 10, Dumas scored 61.735%, which was followed by 59.846% in the CDI-U25 Grand Prix on Jan. 11.

Additionally, AGDF 1 featured the first CPEDI 3* competition of the year. After a successful debut FEI season in 2019, Canadian Lee Garrod, who resides in Kensington, NH, resumed her winning ways with her 12-year-old Oldenburg gelding, Question (Quaterback x Le Figaro). The talented duo started their Grade V hat trick with 67.325% in the Team Competition on Jan. 9, followed by 69.087% in Jan. 10’s Individual Competition. Garrod and Question rounded out their three-peat in the Freestyle on Jan. 11 with 71.833%.

Top three placings continued to roll in for Canadians across the remaining CPEDI 3* divisions: On Jan. 9, Winona Hartvikson of Langley, BC, placed third in the Grade I Team Test (72.381%) with Onyx, the 17-year-old Hanoverian gelding sired by Wolkentanz that she co-owns with Jane Macdonald. In the next day’s Grade I Individual Test, it was Canadian Paralympian Jody Schloss who represented the maple leaf on the leaderboard. She placed third with 71.072% riding her Danish Warmblood, Lieutenant Lobin (Lobster x Fanal Prydsholm). Schloss and the 16-year-old gelding went on to once again earn third in the Grade I Freestyle on Jan. 11 after scoring 73.056%.

Canadian Paralympian Lauren Barwick, who lives in Reddick, FL, took the opportunity to debut a new mount, Garrod’s eight-year-old gelding, Sandrino. The fledgling partnership placed second in the Grade III Team test on Jan. 9 with 69.500%. In the quest for qualification for the 2020 Tokyo Paralympics, Team Canada – comprised of Hartvikson, Schloss, Surnoski and Garrod – put 422.208 points on the board for second place. Team USA finished first with 453.325.

Competition continues at AGDF until late March, with the next CDI competition taking place Jan. 23-26. For more information and results, visit https://gdf.coth.com.

Centre Photo: In the small tour, it was Ariana Chia of Winnipeg, MB, and Fiderflame who put Canada on top of the leaderboard. Photo Credit: Susan J. Stickle