An Important Announcement Regarding The 2021 Royal Agricultural Winter Fair

For nearly a century, becoming a champion at The Royal Agricultural Winter Fair has served as an inspirational and aspirational goal for Canadians in food, agriculture and equestrian sport. Due to the ongoing international impact of the COVID-19 pandemic, and after considerable research and consultation, The Royal’s Board of Directors today made the disheartening decision to cancel the in- person 2021 Royal Agricultural Winter Fair, in favour of returning to an education focused online experience this year. However, in November 2022, The Royal will mark its 100th Anniversary. We are working hard to make it bigger and stronger than ever and are looking forward to celebrating with you in person.

“Initially, we were optimistic that we would be able to gather at Exhibition Place this year to celebrate Canadian excellence in food, agriculture and equestrian sport. But as the uncertainty surrounding COVID-19 continues to create havoc around the world, it became clear that we weren’t going to be able to host The Royal in a traditional way,” stated Charlie Johnstone, Chief Executive Officer at The Royal. “Our exhibitors and competitors put everything they’ve got into the pursuit of a championship, and we owe them a world-class showcase for their efforts. We’re simply not in a place to guarantee the stability and assurances necessary to plan their paths forward to compete at an elite level.” 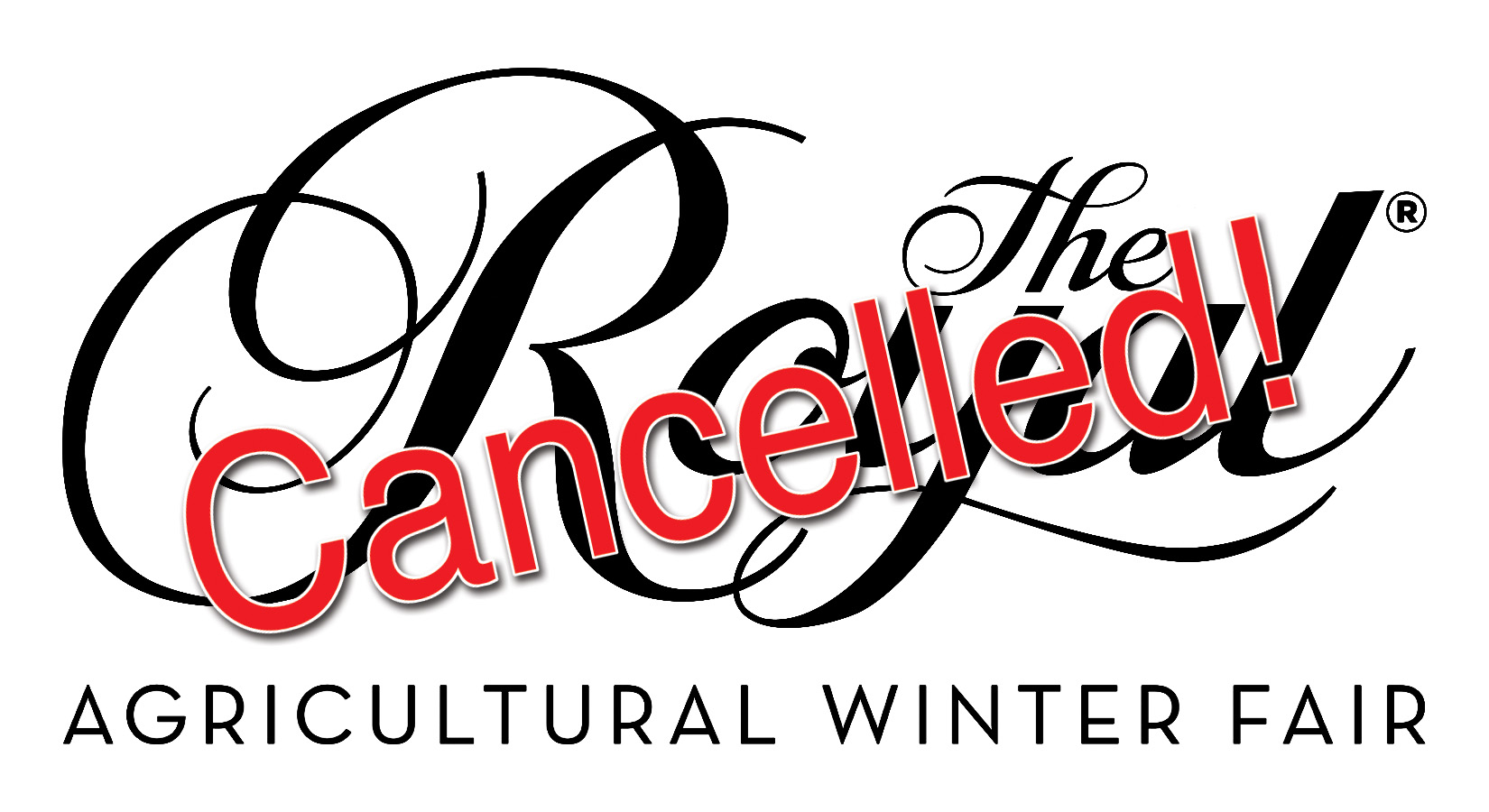 The Royal Agricultural Winter Fair is the largest combined indoor agricultural fair and international equestrian competition in the world. It is a truly unique event comprised of many components, including sporting events, livestock shows, trade shows, family attractions, and top-ranked international equestrian competitions. In a typical year, The Royal brings together thousands of competitors and animals and nearly 300,000 guests to celebrate the best in agriculture, local food, and equestrian competition. We do not take this responsibility lightly. The Royal’s Board of Directors, staff and management remain committed to creating a safe and healthy space for everyone to gather, compete and celebrate when the time is right.
“We’re excited to be setting our sights on 2022, which will mark The Royal’s 100th Anniversary,” concluded Johnstone. “As we approach our second century, The Royal is more relevant than ever, and it is our privilege to be Canada’s home for local food, agricultural and equestrian excellence.”