The six athletes qualified for Team Canada based on performances that met Fédération Équestre Internationale (FEI) Minimum Eligibility Requirements from Jan. 1, 2019, to June 21, 2021.

Ottawa, ON, July 6, 2021 – Equestrian Canada and the Canadian Olympic Committee have announced Canada’s equestrian team nominated to compete at the Tokyo 2020 Olympic Games.

The six athletes qualified for Team Canada based on performances that met Fédération Équestre Internationale (FEI) Minimum Eligibility Requirements from Jan. 1, 2019, to June 21, 2021.

Jessica Phoenix, Canada’s most decorated eventer, has six medals from major Games to her name. She and partner, Pavarotti, led Canada to a team bronze medal at the Lima 2019 Pan American Games while finishing individually in fifth place. 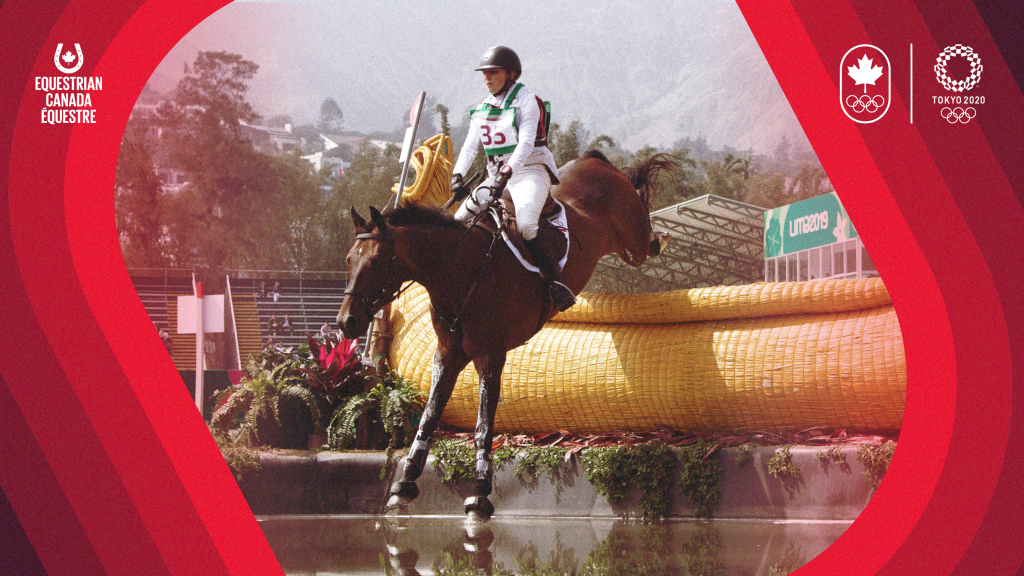 “It’s always been my dream to have Pavarotti at an Olympic Games and it’s an incredible day to be realizing that dream,” said Phoenix. “Pavarotti and I have a long history together competing in the Pan American Games, World Equestrian Games and multiple four- and five-star competitions around the world. The Olympics feels like a culmination of all of our years together.”

Phoenix is joined on the Team Canada roster by her Lima 2019 teammate, Colleen Loach. Paired with Qorry Blue d’Argouges, Loach has represented the maple leaf at the TORONTO 2015 Pan Am Games, the Rio 2016 Olympic Games and the Tryon 2018 World Equestrian Games.

While each dressage athlete will be making their Olympic debut in Tokyo, there is no lack of major Games experience on the team. Chris von Martels earned individual bronze and team silver at TORONTO 2015 while Lindsay Kellock was part of the gold medal-winning team that earned Canada’s Olympic berth at Lima 2019. Brittany Fraser-Beaulieu and her partner All In, who have been the highest placed Canadian combination on the FEI Dressage World Ranking since 2017, were also the highest placed Canadians at the Tryon 2018 World Equestrian Games.

The trio boasts a collective 10 medals from dressage FEI Nations Cup competitions and have all posted scores over 79% in international competition in 2021.

“This has been a dream of mine since I was a young child,” said von Martels. “Of course I feel like it is a big accomplishment but my focus is to be my very best and represent our great country at the highest level.”

Representing Canada in jumping will be Olympic veteran Mario Deslauriers and Bardolina 2, his partner at the Tryon 2018 Word Equestrian Games. Together, the duo have recorded impressive finishes in 2021, including third place in the Lugano Diamonds Grand Prix CSI 5* and second in the CaptiveOne Advisors 1.50m Classic CSI 4*, both held at the Winter Equestrian Festival in Wellington, Florida. Deslauriers previously competed at Los Angeles 1984 and Seoul 1988.

Equestrian will take place July 24 to August 7 (Days 1 to 15) at the Equestrian Park.

“Like everyone who has been targeting the Olympics, our equestrian team has had a lot to deal with this year," said Team Canada's Tokyo 2020 Chef de Mission, Marnie McBean. "On top of a global pandemic that affected people, they have had to manage another that affected the horses. These horse-rider teams have jumped, turned, sidestepped and high stepped their way to Tokyo with incredible talent. I’m so excited for them to continue Canada’s winning ways in the equestrian events.”

James Hood, Equestrian Team Leader, added, “Team Canada’s equestrian athletes will be ready to compete in Tokyo as they have spent almost 18 months managing the challenges of two pandemics, COVID-19 for our human athletes and Equine Viral Herpes for our equine partners. The whole world has been facing adversity but this is an opportunity for our Canadians to rise to the challenge; each athlete has the opportunity rise to the occasion and we look forward to cheering all Canadians at the Games.”

The athletes nominated are: 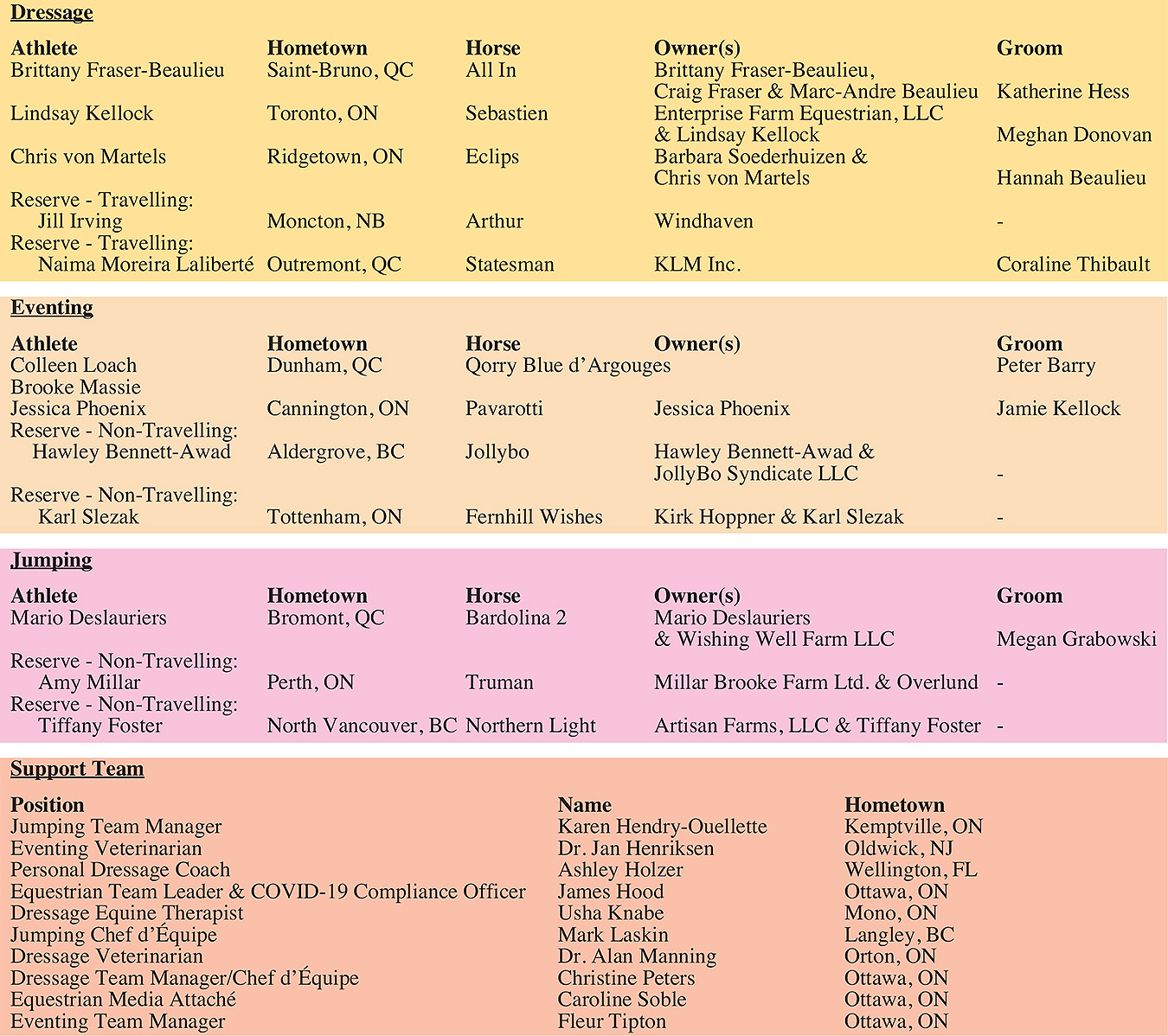 Prior to being named to Team Canada, all nominations are subject to approval by the Canadian Olympic Committee’s Team Selection Committee following its receipt of nominations by all National Sport Organisations. The latest Team Canada Tokyo 2020 roster can be found here and the qualification tracker can be found here - https://olympic.ca/tokyo-2020-team-canada-qualification-tracker/