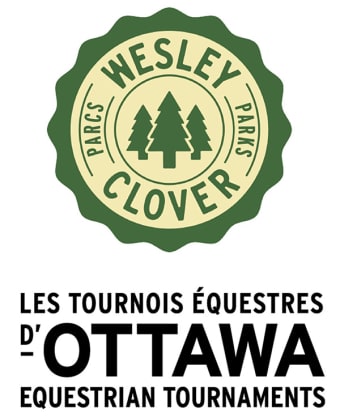 Course designer Joey Rycroft of Calgary, AB, set the biggest test of the week for 16 entries. 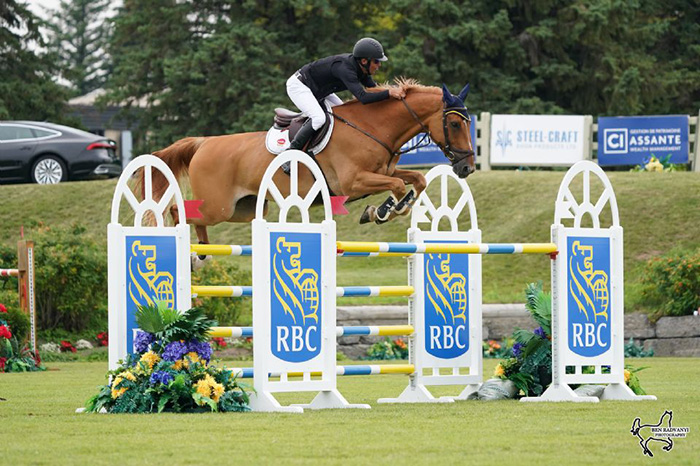 Ottawa, Ontario – Ottawa, Ontario – Hyde Moffatt of Brantford, ON, continued his winning streak by scoring victory in the $75,000 RBC Grand Prix held Saturday, July 24, at Wesley Clover Parks in Ottawa, ON. Hot of his win in Thursday’s $30,000 CI Assante Wealth Management Open Welcome, Moffatt returned to the grass grand prix field at Wesley Clover Parks to claim victory in the $75,000 RBC Grand Prix. While Grafton had been his winning mount for Thursday’s win, this time it was Donjo that carried him into the winner’s circle. 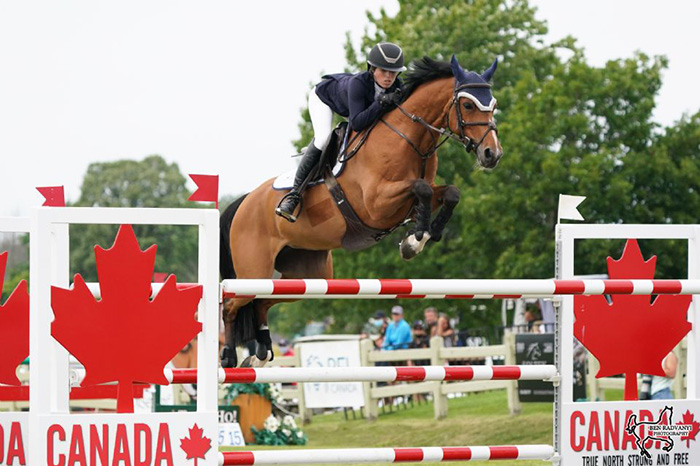 Course designer Joey Rycroft of Calgary, AB, set the biggest test of the week for 16 entries. Of those, five jumped clear to advance to the tie-breaking jump-off. The lead changed hands with each new jump-off challenger as no one had a rail down and the times got increasingly faster and faster. As the last to go, Moffatt knew exactly what he had to do to win. Executing tight turn-backs and using his horse’s large stride to his advantage, Moffatt was able to stop the clock in 40.98 seconds to take the win over Ali Ramsay of Victoria, BC, who had a jump-off time of 42.45 seconds riding Bonita vh Keizershof Z, a 10-year-old Zangersheide mare (Bustique x For Pleasure) owned by Ramsay Equestrian Inc.

“Donjo is a reasonably new horse to me,” said Moffatt of the 13-year-old Dutch Warmblood gelding (Zirocco Blue VDL x Ahorn) that he began riding earlier this year. “He’s naturally fast. He doesn’t look fast but he covers a lot of ground, you’re able to turn really tight with him, and there is an almost unlimited amount of scope. It’s easy to be quick so I knew if I rode smooth, we’d stand a chance.” Canadian Olympic team silver medalist Mac Cone, 68, took third with a time of 44.28 seconds riding Zaia di San Giovanni, an 11-year-old grey Italian-bred mare (Cornet Obolensky x Cassini II) owned by Chadburn Holdings Inc. Susan Horn of Bolton, ON, was fourth riding Dominka van de Lucashoeve while Cone rounded out the top five with his second jump-off contender, Con Couleur. 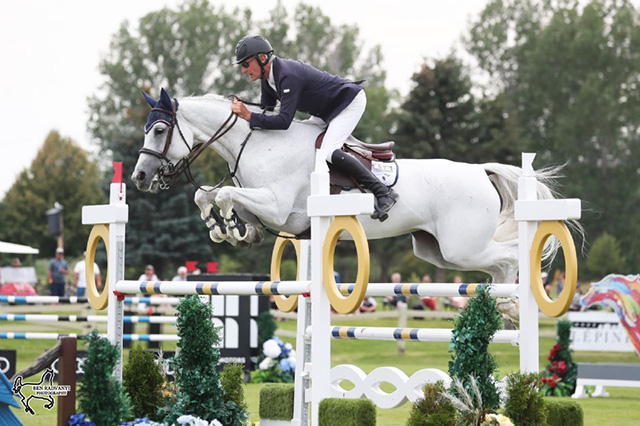 Moffatt was thrilled to have found himself at the top of the leaderboard for the second time this week.

“It’s a nice way to start the season!” said Moffatt, noting that the Ottawa Summer Tournaments was his first competition of the year on Canadian soil. “We came here as the opener for us in Canada to give the horses experience on the grass and it could not have worked out better.”

Moffatt’s string of horses will be heading to Calgary, AB, in September to compete at the world-renowned Spruce Meadows, where the competition is also held on grass footing. 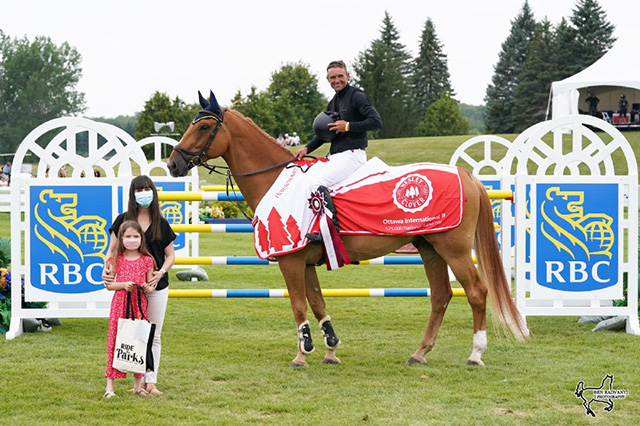 “This has been quite a show!” said Moffatt, 42, who brought seven horses owned by Ariel Grange to Ottawa. “The horses all had a nice rest after Florida. Everyone came in feeling good and fresh and it ballooned from there. We had numerous wins throughout the show and the two big classes this week. You don’t have many weeks like that. We better enjoy it while we can!

“Thanks to management for making this one of the best horse shows in eastern Canada and thanks to Ariel for the incredible support,” concluded Moffatt.

Hyde Moffatt and Donjo won the $75,000 RBC Grand Prix on Saturday, July 24, during the Ottawa Summer Tournaments at Wesley Clover Parks in Ottawa, ON. Photo by Ben Radvanyi Photography

Hyde Moffatt pictured on Donjo is presented as the winner of the $75,000 RBC Grand Prix by RBC representative Jenn Ritchie, accompanied by her daughter. Photo by Ben Radvanyi Photography