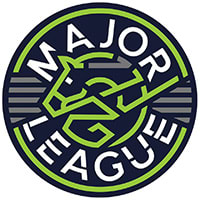 Erynn Ballard (CAN) rounded out the top three.

Daniel Bluman (ISR) and Gemma W were the definite ones to beat during MLSJ Toronto at Angelstone Tournaments. After clinching the qualifier earlier in the week, Bluman and Gemma W, an 11-year-old KWPN mare (Luidam x Unaniem) owned by Blue Star investments ended on a high note by winning the $214,300 Kubota CIS5* Grand Prix. 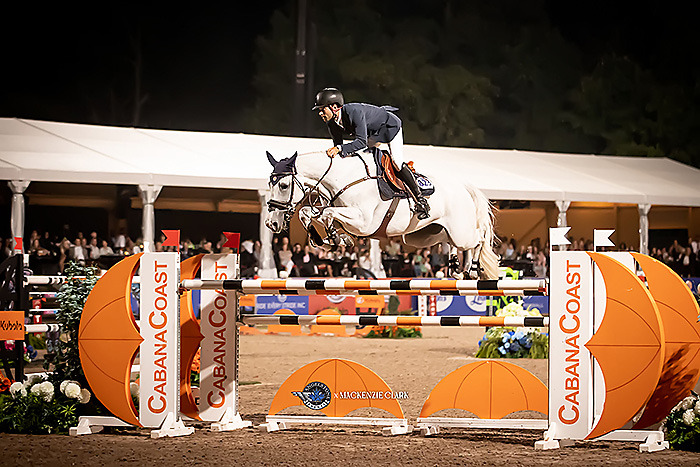 After Kent Farrington (USA) pulled a jump-off rail on Creedance, the door was open for Bluman to take the victory as the last to return in a seven-horse second round. But, he had to best the blazing time of Kristen Vanderveen and Bull Run's Prince of Peace first. Bluman and his "special mare" did just that, taking the win by a full second after crossing the final timers.

A Word From The Winner

"Having to go last always give you an advantage, especially when you have a horse that can go as fast as Gemma. Kristen rode a beautiful jump-off but I think my horse is faster and I did one stride less to the combination. This year, we have collected the experiences from previous seasons and we know our strengths and weaknesses. It was good jumping tonight and she felt in great form. " ~ Daniel Bluman (ISR) 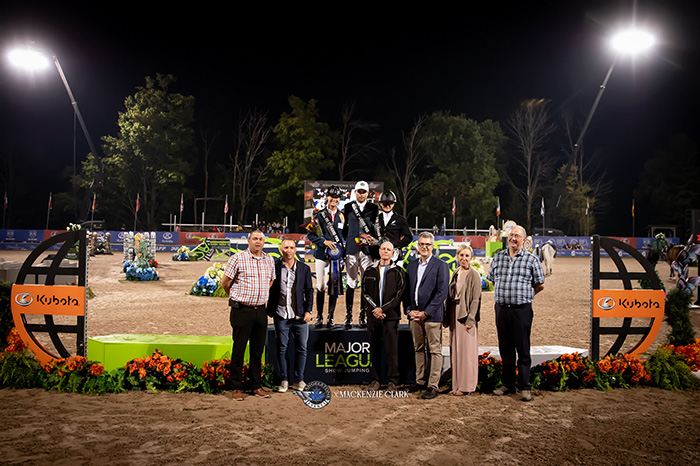 Major League Show Jumping continues in Canada next week with a debut at Wesley Clover Parks' Ottawa Equestrian Tournaments in Ottawa, ON, through August 28. To view a complete schedule, click HERE.